[Watch] ITBP Jawans Celebrating Holi At A Height Of 17,000 Feet 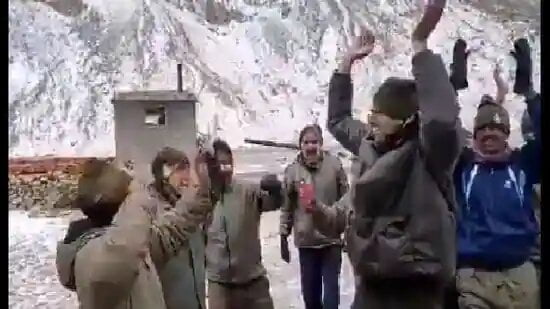 This time it is a video showing ITBP jawans celebrating and enjoying Holi. The video, shared in ITBO’s Twitter handle shows some jawans dancing and enjoying the day at an altitude of 17,000 feet in Ladakh.

“17,000 feet, Ladakh. #Holi. How’s the josh boys…Very very very high! ITBP troops celebrating #Holi2021,” reads the caption shared alongside the video. The clip shows the jawans dancing to the song Gajban Pani le Chali. One can clearly hear the howling of the wind in the video exemplifying the extreme weather at that altitude.

[Watch] Congress Leader Refers To President Murmu As ‘Rashtrapatni’; Both…