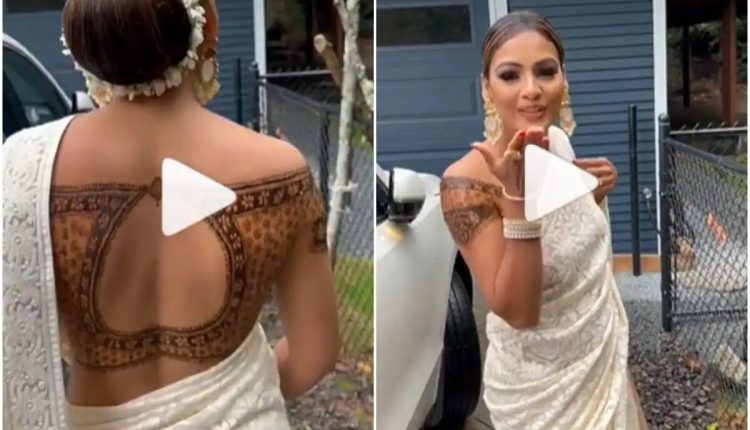 New Delhi: The wedding season in India is in full swing. The sound of band, baaja and baraat can be heard from every gali and nukkad.

With shaadis comes new fashion. And this seems to be the season of mehndi (henna) blouse. A video has gone viral on social media which shows a woman wearing a henna (mehndi) blouse with her saree.

The video was shared on Instagram by a user named thanos_jatt. So far, the video has more than 1,900 likes on it. Several users are also trolling the woman for her bold choice and mocking her in the comment section. One hilariously said, “how to save silai ka pesa.”

There were several other comments on the post as well. One user commented, “Fashion ke naam pe kuch bhi ??? Kuch to sharam karo,” while another said, “Why wear sari paint fullbbody with mehandi shamless.”

In the video which is going viral on Instagram, the woman can be seen boldly carrying a henna design in place of her blouse on her body. The woman discarded the traditional blouse and wore a henna design on the front and back instead.

The woman is dressed in a white saree with henna drawn over her upper body, including shoulders and forearms, which makes it seem like a designer blouse.