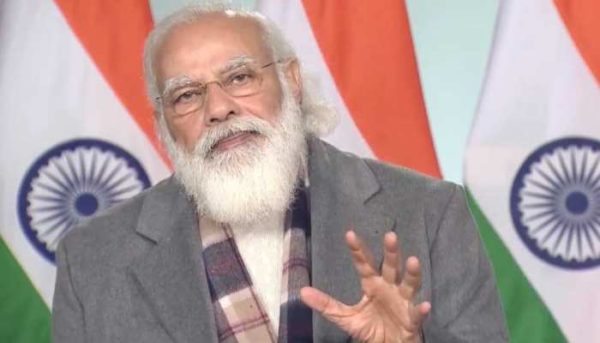 New Delhi: Prime Minister Narendra Modi on Friday said the upcoming Union Budget was the next in a series of mini-budgets presented by Finance Minister Nimala Sitharaman in 2020.

“This is the Budget Session. For the first time in India’s history, in a way, the Finance Minister had to present 4-5 mini budgets in 2020 in the form of different packages. So this Budget will be seen as a part of those 4-5 mini budgets, I believe this,” the PM told the media at Parliament House.

He also spelt out his priority of using the first Parliamentary session of the decade to chart out a bright future for India.

“Today commences the first Session of this decade. This decade is very important for the bright future of India. A golden opportunity has come before the nation to fulfil the dreams seen by the freedom fighters,” he said.

Modi further said the Budget Session should be fully utilised and that the discussions must focus on the decade. He asserted that Parliament will not lag in making its contribution towards the fulfilment of people’s aspiration.

Speaking at the start of the Budget Session. https://t.co/qhQMTEXOsG

The Budget Session bagan on Friday with President Ram Nath Kovind’s address to the two Houses of Parliament.

The address, however, has been boycotted by some 18 parties, protesting against the three new agricultural laws that have sparked a furore among major sections of farmers across the country, NDTV reported.

Orissa HC Office To Work With 100% Staff From February 1