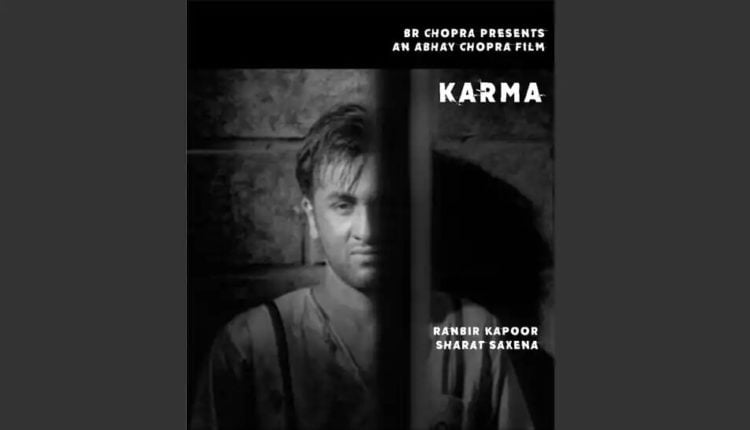 ‘Karma’ is Ranbir Kapoor’s first short film before entering mainstream Bollywood. It was made in 2004 when he was studying at the film institute with Abhay Chopra.  A fictional drama piece, the 26-minuted short film is set in a time when anti-capital punishment revolutions had started. It depicts a father’s dilemma when his own son is sentenced to death.

The film was also nominated for Student Oscars

“The year I made this film, capital punishment was a part of every prime-time debate and churned out scores of opinion pieces and cover stories. India saw the hanging of Dhananjay Chatterjee for the rape and murder of Hetal Parekh which fuelled these debates. Karma is fiction but heavily inspired by reality. If you notice carefully, the debate on capital punishment did not get over with the Dhananjay case, every crime that gets National media’s attention almost always rakes up this topic. I have fond memories of directing Ranbir Kapoor, he had not even started his career back then, such an effortless actor. Acting really runs through his veins. Sharat Saxena has done a phenomenal job in the film and such a powerful screen presence. I’m glad I could tell this story and that it is getting an extended viewership on Bandra Film Festival,” Abhay Chopra was quoted as sying by ZeeNews.

Bandra Film Festival (BFF), a digital film festival presented by Filmkaravan in collaboration with YouTube not only helps filmmakers reach large audiences virtually but also helps viewers contribute funds to support the films and filmmakers of their choice, the report added.

The films are now live on BFF’s YouTube channel.