[Watch] Rapid Antibody Test In Bhubaneswar Soon; Know What BMC Commissioner Has To Say About ‘Shutdown’ In City 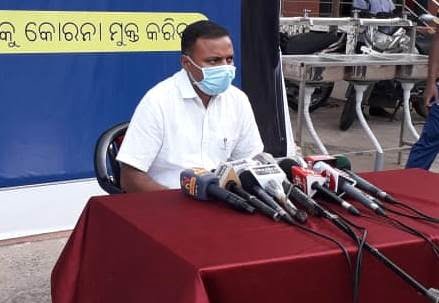 Informing the media here on Monday, BMC Commissioner Prem Chandra Chaudhary said that they have been given a target to conduct 2000-2500 rapid antibody (serology) tests.

“Micro plans are being prepared to decide the date, modalities of the test and the areas where it will be taken up. We are hopeful of starting it by the end of this week,” he said.

This is in accordance with the state government’s decision to launch a serological survey in Puri, Ganjam and Gajapati districts, Bhubaneswar in Khurda district and Badamba-Narasinghpur in Cuttack district from July 1.

Also Read:  COVID Outbreak: Serological Survey To Kick Off In Odisha On June 27 With Puri

The commissioner said that they will be collaborating with ICMR team to complete the tests in three days.

“Through this test, we will get to know the filtration of the virus in Bhubaneswar,” he informed.

On rumours about shutting down the city to contain the spread of the virus, Chaudhary said no decision has been taken in this regard.

Bhubaneswar has reported 420 COVID-19 cases and the virus claimed six lives in the city so far.

Following a spurt in positive cases, the Cuttack administration had announced a shutdown in the city till July 8.