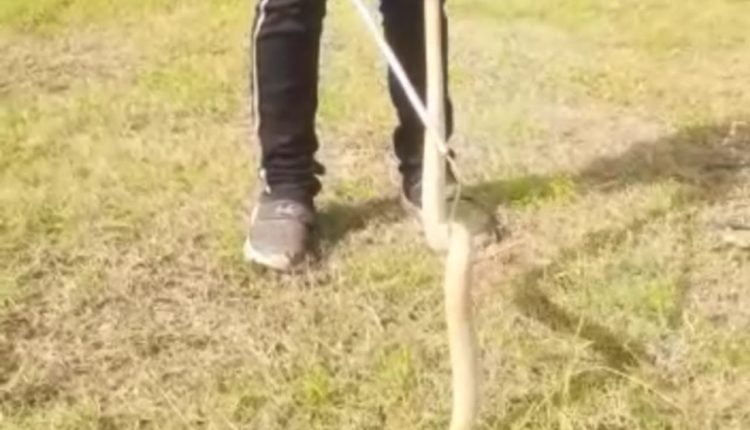 Kendrapada: A rare white snake was rescued by Snake Helpline members from a house in the district.

According to sources, the snake had entered the house of Hrudananda Mallick in Rajaknika village of the district. Alarmed by the unusual snake, Mallick’s family called Snake Helpline.

Local snake rescuer Tapan Kumar Jena rescued the snake, but couldn’t identify it properly due its abnormal colour. On being informed, Snake Helpline member Nalini Prasad Das went to the spot and identified it as an albino spectacled cobra.

Nalini then sent few photos and videos of the snake to the general secretary of the Snake Helpline, Subhendu Mallik. Later, he released the snake near a water source about 15 km from the village.