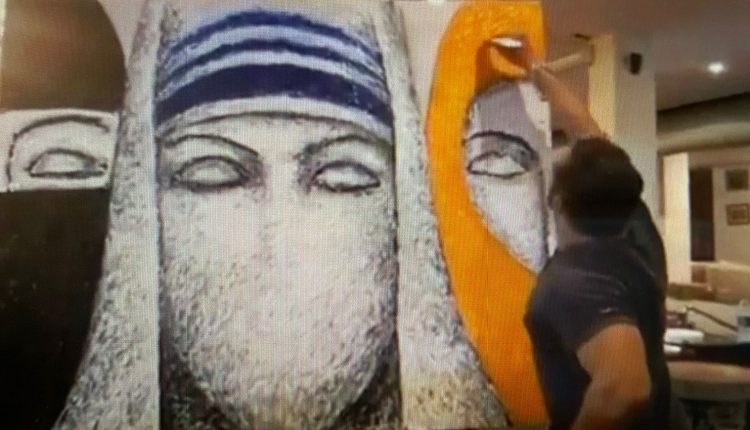 New Delhi: Salman Khan is all set to showcase his art in a first-ever solo show titled ‘Motherhood-An Artistic Ode to Mother Teresa.’ On Women’s Day, the star shared glimpses of his artwork on social media.

The show is with AGP World and Sandeep and Gitanjali Maini Foundation in association with Salman Khan’s Being Human, Gallery g and Artiere Gallery.

Mother Teresa is a recurring theme in many of the self-taught artist’s works, who began painting years before he made his mark in Bollywood.

Three paintings, including two new large-size works created by Salman Khan, will be on display at Bengaluru’s gallery g from March 11 to 20. His artworks went live online on Google Arts & Culture on March 4. Two of his paintings, titled ‘Still In Hope of Compassion’ and ‘Begging for Peace’ are on display on the GAC digital platform, India Today reported.

Salman Khan took to Instagram to share a video where he can be seen engrossed in giving final touches to his artwork. “Do whatever u want to do but don’t trouble your mother happy women’s day! View my art at the link in bio. @Agpworld @sgmf2020 #BEingHuman @googlesculture @ArtiereGallery