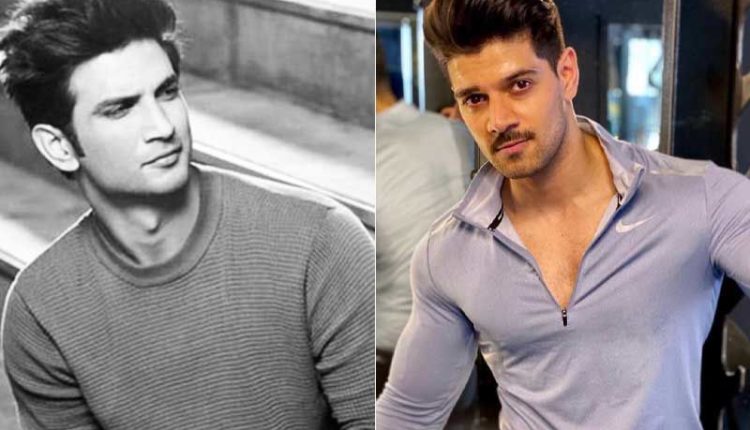 According to viral reports, it’s been alleged that Sooraj along with a high profile politician’s son misbehaved with Disha and killed her, and when Sushant learnt about it, they planned and killed him too.

Breaking his silence over these viral reports, Sooraj in an exclusive interview with India Today, stated that he has no involvement in Sushant and Disha’s cases. He also said that he didn’t know Disha and had never met her, but he knew Sushant and considered him a brother.

The actor also said that he wishes to have a career like Sushant Singh Rajput someday. He wonders why people are saying that Sushant’s career was ruined as he was riding high on success.

“He was in the prime of his career. So, I don’t know why people are saying that he didn’t have a career left. I wish I had the career he had. I wish I have it one day. Sushant had it all. And, I feel really bad because I feel helpless right now because you can’t really do anything. We can’t bring him back,” he said.

Sushant had even exchanged his phone number with Sooraj and invited him over to the screening of his movie ‘Raabta’.

Expressing his disappointment over fake news articles, the actor said that he is struggling to make a career from the past 8 years ever since the Jiah Khan’s suicide and now such reports are tarnishing his image further. His family is being humiliated and people will drive him to suicide now.

“I am still struggling. I am not Shah Rukh Khan’s son. Yes, my father is from the industry. He had his time, but now it is my battle by myself. I don’t have this kind of support. People think I do. Yes, Salman sir did launch me. But after that, it was up to me to prove myself in the industry. But these people don’t let me prove it because they have ruined my image. They have humiliated me. They have humiliated my family. They have sabotaged my image for the past eight years, and now they are dragging me into Sushant’s case for no reason,” he said.

“They are destroying my life. I don’t know whether Sushant committed suicide or not. I don’t know. But these people will definitely drive me to commit suicide. I would like to say that,” he added.

Sooraj further stated that on June 13, he was at his residence and there was no party at his house that day as it is being alleged in the viral reports.

Slamming the allegations against him, the actor said that neither Sushant’s father nor any of his family members has accused him in the case, then why are people cooking stories about his involvement in the case.

He further said that he is happy about the case being handed over to CBI and he wishes that blind items written about celebrities should be banned.

There were reports of an alleged fight between Sushant and Sooraj, before the former’s demise on June 14. Reports also alleged that Salman Khan was miffed with the late actor as he wanted Sooraj to star in ‘Drive’, but the film was given to Sushant.

Girish Murmu, First From Odisha To Be Appointed CAG