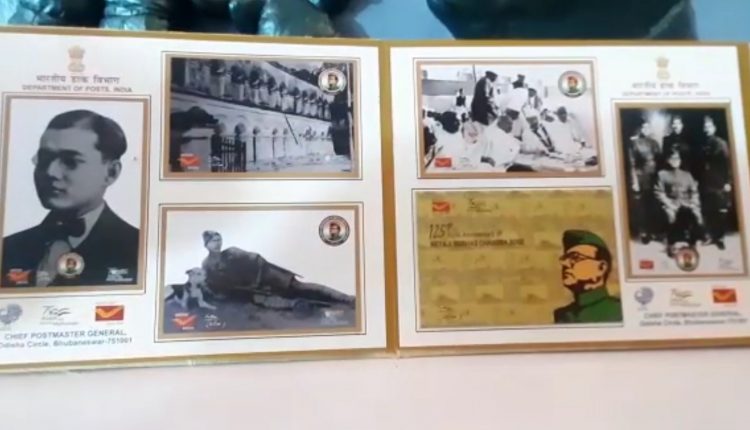 Cuttack: As the entire nation joined in paying glorious tributes to legendary freedom fighter Netaji Subhas Chandra Bose on his 125th birth anniversary, several programmes were organised at his birthplace Cuttack on Sunday.

People from all walks of life thronged the birthplace museum, here to pay homage to Netaji amid COVID protocols. His ancestral home, Janakinath Bhawan at Odia Bazar in the city, has been converted into the Netaji birthplace museum. Netaji was born in Cuttack on January 23, 1897.

Prominent personalities of the society including political leaders, artists and academicians garlanded Netaji’s statute at the museum amid slogans of ‘Netaji Amar Rahe’.

A special exhibition was organised by Odisha Lalit Kala Academy showcasing statues of Netaji made with different mediums by 15 artists. Like previous years, a blood donation camp was also organised by Blood Donor Council on the occasion of Netaji Jayanti.

Later, Cuttack collector released a postal stamp in memory of Netaji at Ravenshaw Collegiate School in the city.

Adwaita Gadanayak, Who Will Carve Netaji Statue, Calls For A Renaissance To Save India’s Art Forms