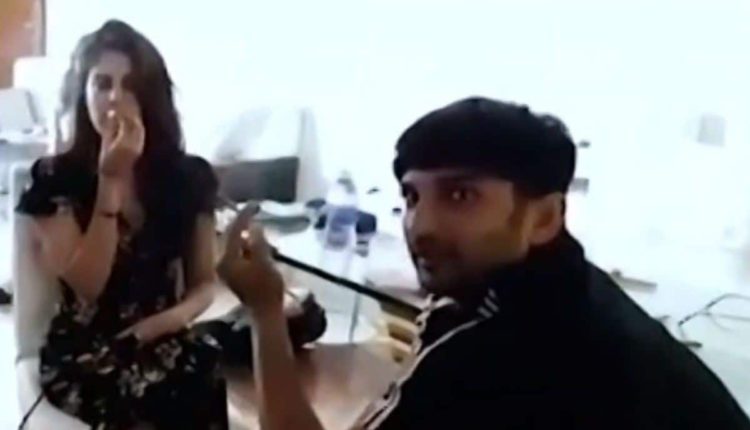 In the viral video, shared by Zee News on their Instagram handle, Rhea can be heard saying that she is smoking a “rolled cigarette”, while another person is heard shouting out that it is “charas” and “herbal sticks”.

Rhea, the prime suspect in Sushant Singh Rajput death case, is currently in judicial custody after being arrested by Narcotics Control Bureau (NCB) in connection with the drug cartel case linked to the actor’s death on Tuesday. The sessions court in Mumbai rejected her bail plea on Friday.

Earlier in an interview to NDTV, Rhea too had denied doing drugs and stated that she used to procure drugs only for her boyfriend Sushant.

Watch Rhea Chakraborty With Big B In Soon To Be Released…

Yeeks! You’re Bound To Throw Up After Watching This…