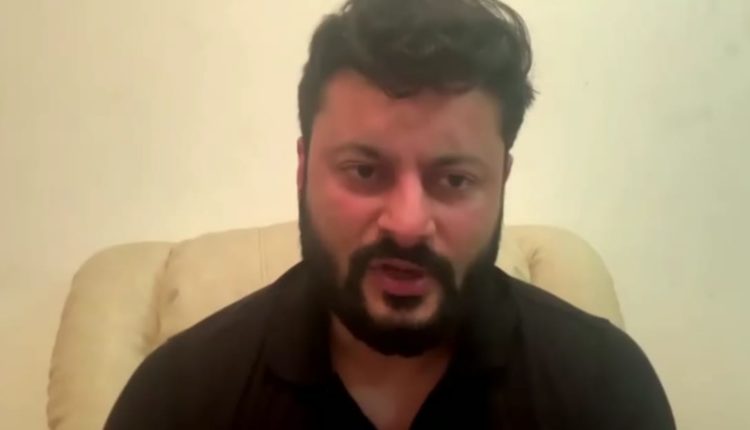 Bhubaneswar: Ending a long-term relationship is always hard but sometimes it gets ugly – really ugly – despite the most courageous efforts for it to be otherwise.

This has been the case with the most loved couple of Ollywood Anubhav Mohanty and Varsha Priyadarshini. Amid allegations and counter-allegations, snide remarks on social media and four rounds of futile attempts for rapprochement at the SC mediation centre, the battle recently spilt over to the fan pages of the two actors.

On December 14, actor-turned-politician Anubhav posted a video on his verified Facebook account, requesting his ‘opponents’ not to drag his fans into their battle. “My fans are my family, and I won’t tolerate if anyone uses my family to settle scores with me. YOUR FIGHT IS WITH ME NOT WITH MY FAMILY,” he wrote.

But what instigated the Kendrapada MP to post this video?

Was it Varsha’s police compliant seeking action against his fans for allegedly posting derogatory comments about her on their Facebook page or his good friend and Delhi-based journalist Jagrati Shukla being allegedly trolled by the fans of Varsha on social media?

Varsha had accused Anubhav’s fans of posting her picture on their page and writing obscene comments under it. “As thousands of people follow the page, it has adversely affected my image,” she told police in her complaint on December 9.

Interestingly, Anubhav took to social media to express his gratitude for their unconditional support on December 11. “The Anubhavians made me Anubhav. They are family to me,” he wrote.

On December 13, Jagrati cautioned Varsha’s fans for trolling her on social media platform by using ‘sick, demeaning, derogatory and unacceptable abuses’ against her.

This came close on the heels of Anubhav’s post in which he was seen having a cup of tea with Jagrati and his lawyer Ashwani Dubey on the latter’s birthday. He had described them as friends who stood by him through his troubled times.

Also Read: Odisha MP-Actor Anubhav Mohanty Thanks ‘Anchor’ Jagrati Shukla For Being A Friend In Need

The goings have not been easy for the MP with his personal life under constant media scrutiny since September this year when Varsha filed a case accusing him of domestic abuse and demanding restoration of conjugal rights. That is when the media got the whiff about Anubhav having moved a Family Court in New Delhi in July for divorce from Varsha on grounds of cruelty while claiming that the marriage between them has never been consummated.

Varsha has filed a domestic violence case against her husband under several sections of the Protection of Women from Domestic Violence Act and accused him of physical and mental torture and violence, including financial treachery. She has also filed another case in the district family court under Section 9 of the Hindu Marriage Act, in which she, as an aggrieved party, sought a decree of restitution of conjugal rights.

Now Register On CoWIN App To Get In Line For Vaccination

All Temples In Bhubaneswar To Reopen From Jan 3: BMC Commissioner