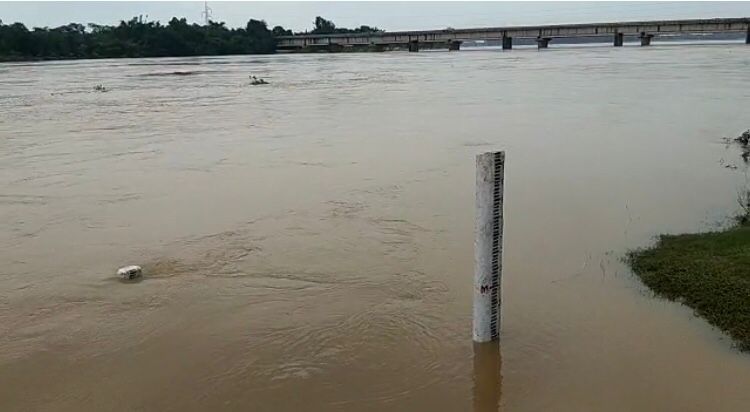 Balasore: Steadily rising water level of river Subarnarekha touched the danger level of 10.36 metre at Rajghat in the district by 9.45 am on Friday.

According to the office of Special Relief Commissioner, the water level at Water Resources Department’s reading point in Rajghat was 9.16 metre at 8 pm on Thursday and 10.29 metre at 8 am on Friday. It is likely to rise further as excess water has been released from Galudih barrage.

Under the effect of swelling Subarnarekha, low-lying areas of Bhograi, Baliapal and Jaleswar blocks in the district have been inundated and flood water has entered over 23 villages.

The communication between Kamardha and Baliapala has been cut off as flood water was flowing over road near Ulunda, sources said.