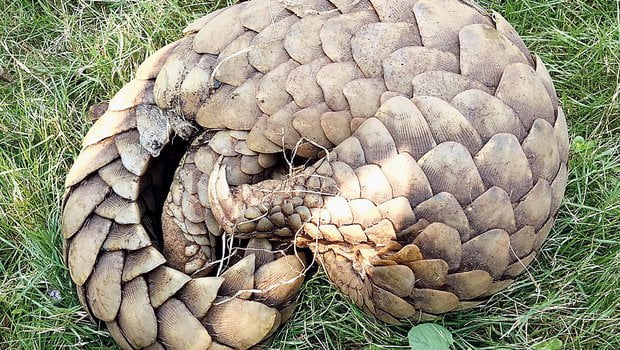 Athagarh: The Wildlife Crime Control Bureau (WCCB) on Friday began probe into the rampant smuggling of the endangered Pangolin in Odisha.

The two-member WCCB team from Jabalpur branch led by Debendra Singh Rathore arrived at Athagarh in Cuttack district and had a meeting with the Divisional Forest Officer (DFO) Sasmita Lenka.

The team had arrived in Odisha the previous day.

Talking to mediapersons after the meeting, the DFO said the central team was given a detailed briefing on the smuggling of Pangolin and handed over the documents pertaining to the case. After going through the documents, the team will take further step, she said.

As per the statement of the 10 arrested persons, Pangolins are smuggled to the foreign countries like China, Vietnam and Myanmar where the demand of these species is very high, the DFO said, adding that these species have some medicinal value.

She further said that the Forest Department, which had arrested 10 persons in two phases and forwarded them to the court, will take them on remand for further interrogation.

Meanwhile, two more persons were arrested during a late night raid by a joint team of the Forest officials and the Special Task Force (STF) team of the Crime Branch on Thursday. The team seized a bag of Pangolin scales and two tusks of a wild boar from their possession.

Expressing grave concern over the smuggling of Pangolin, Crime Branch ADG Santosh Upadhyay said a special STF team will be formed to expedite the investigation.

He also said that the preliminary investigation has revealed that the Pangolins are smuggled to foreign countries through some poachers in Athagarh, Boudh, Dhenkanal, Keonjhar, Nayagarh, Malkangiri, Mayurbhanj and Bhakdrak.

Pangolins are listed under Schedule I of the Wildlife (Protection) Act of 1972 while the International Union for Conservation of Nature (IUCN) lists them as ‘near threatened’.