Rishi Kapoor endeared himself to people of all age groups. As a young hero, he was the heartthrob of many a girl, many identified with him as a middle-aged actor but he outshone himself in some of his later movies, in which ‘Kapoor & Sons’ occupies a special place. His only dying wish in the movie is to get a family photograph clicked. 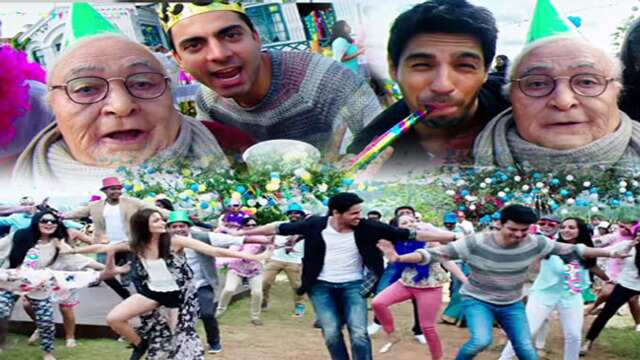 “Like any other writer, writing for a legendary actor like Rishi Kapoor was like ticking off my bucket list. I still remember the day I was told to write a song for Kapoor & Sons. I was excited and nervous both to know that it had to be dadu’s (played by Rishi Kapoor) birthday song. It had already been shot on a reference song and they sent me the video for reference,” recalls Abhiruchi.

“As I sat in my humble, small study with my favourite adrak waali chai to write the lyrics, I remember how all that I could notice in the video was Rishi kapoor and his childlike innocence, that mischief in his eyes, that adorable smile and I think the lyrics “Buddhu Sa Mann” just flowed. It was as if all the other stars in that frame just faded away. That was his persona… he outshone everybody else. In fact, he created Buddhu sa mann,” she adds.

“I was given only a few hours to write and a session with the musician Amaal Malik and singer Armaan Malik to fine tune the song on the meter,” says the lyricist.

The song features Rishi Kapoor, Sidharth Malhotra, Alia Bhatt and Fawad Khan. Directed by Shakun Batra, the music has been composed by Amaal Mallik. Abhiruchi Chand won the Mirchi Music Award for ‘Upcoming Lyricist’ of the year for the song.

JMFC Court Opens In Tumudibandh Of Kandhamal District In…

256 Patients Recover From COVID-19 In Odisha