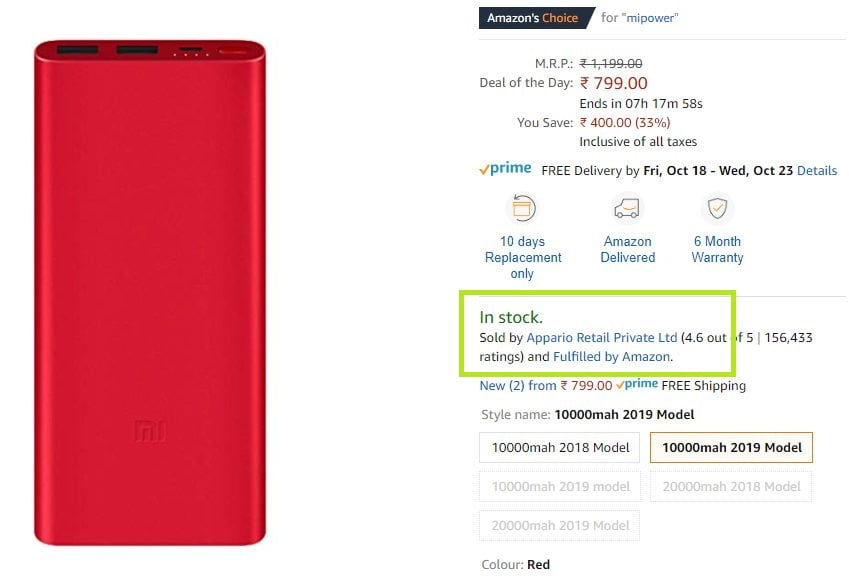 Cloudtail India is an Amazon-affiliated company that reported a revenue growth of 25 per cent to Rs 8,945 crore in the previous financial year. It is owned by Prione Business Services, a joint venture between Amazon India and Infosys founder NR Narayana Murthy’s Catamaran Ventures.

The company recently had to change its ownership pattern to comply with foreign direct investment regulations. Catamaran Ventures had increased its stake in Cloudtail’s parent company to 76 per cent from 51 per cent, in February. Amazon Asia’s stake reduced to 24 per cent from 49 per cent too. Hence Cloudtail was technically not an Amazon group company anymore and was eligible to sell on the marketplace.

Commerce Minister Piyush Goyal had earlier said that the government will not allow e-commerce discounting practices from affecting small shopkeepers.

Cloudtail is not the only such Amazon affiliate seller. Appario Retail, another major name that pops up, is a joint venture between Amazon and the Patni group. Appario’s holding company Frontizo is a joint venture where Patni holds 51 per cent stake and Amazon Asia Pacific Holdings has 48 per cent. It reported a revenue of Rs 759 crore in financial year 2017-18.

While Amazon has 4 lakh registered sellers, Cloudtail and Appario alone account for around 50 per cent of the sales.

5G Service To Be Launched In Odisha In 1st Phase, Says Union Minister