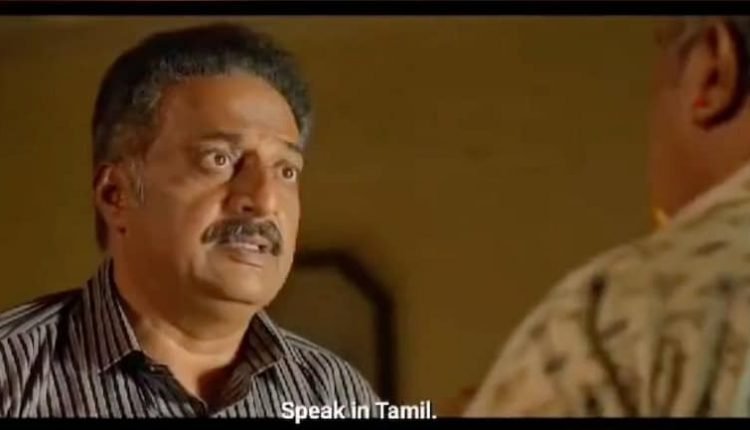 New Delhi: What is the row over Suriya and Prakash Raj-starrer ‘Jai Bhim’ currently streaming on Amazon Prime Video?  Is there more to the slap scene in the film?

Although the film has been widely appreciated, a scene is doing the rounds on the social media platform Twitter. The clip shows Prakash Raj’s character, a cop, slapping a man for ‘speaking in Hindi’. Raj asks the person to talk in Tamil. A section of people on Twitter is offended by the scene and say it was spewing ‘hate’ on Hindi.

One Twitter user wrote, “I am really heartbroken after watching #JaiBhim, nothing against actor or anyone but felt really bad, there is a scene in the film where a person speaks Hindi and Prakash Raj slaps him and tells him to speak in Tamil. Honestly this kind of scene was not needed. Hope they cut it (sic).” 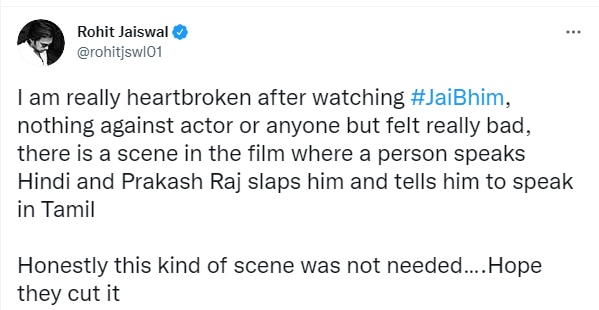 He added, “We wait for Tamil films We support them, we request the makers to release it Pan India, in return we don’t want anything but just love. If not love then atleast not humiliation (sic).”

Another person wrote, “Dear Prakash Rai alias Prakash Raj, which article of the constitution provides rights to hit any individual just because he’s not speaking Hindi or any Indian language? If that’s so, how many Kannadigas should hit u for speaking in Hindi, Tamil, Malayalam, Telugu in other movies (sic)?”

A number of people countered these claims by saying ‘Hindi imposition’ isn’t needed, and Raj’s character would have slapped the person if he spoke in any other language. They claimed that he slaps the man for trying to confuse him by speaking in a language that he doesn’t understand when he can speak in Tamil.

One Twitter user wrote, “Hi, the scene is not against Hindi-speaking Indians. The particular character tries to get away by speaking in Hindi (so that Prakash Raj wouldn’t understand) and knowing this strategy, he slaps and asks him to speak in Tamil. Tamil filmmakers are not against the language Hindi (sic).”

Another user wrote, “You are mistaken. If you watch the movie carefully the person who speaks hindi also speak tamil but the character Prakash Raj acted doesn’t know hindi and he knew that the person is confusing him by speaking hindi so he slapped him and told him to speak in tamil (sic).”

Here are some more responses to the scene: 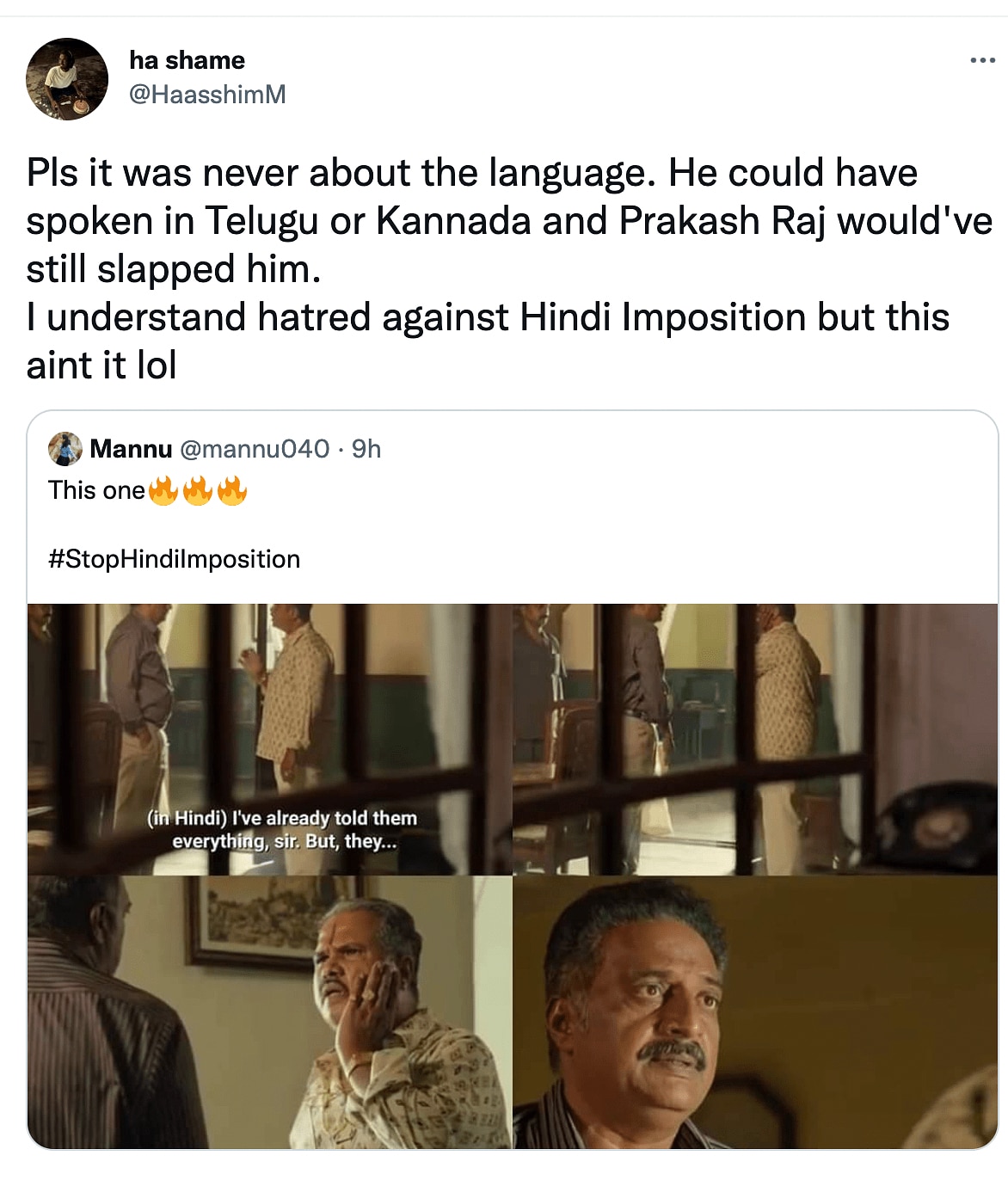 Based on a true incident from 1993, Jai Bhim follows Senggeni and Rajakannu, a couple from the Irular tribe. The latter was convicted by the police and went missing from the police station. Senggeni took the help of an advocate Chandru to seek justice for her husband. Chandru went on to become Madras High Court judge later.

Attack On Mother-Daughter In Bhubaneswar: Accused Detained; Was Loot The Motive?

[Watch] Is ‘Four More Shots Please!’ Only About Sex? The Cast Reacts