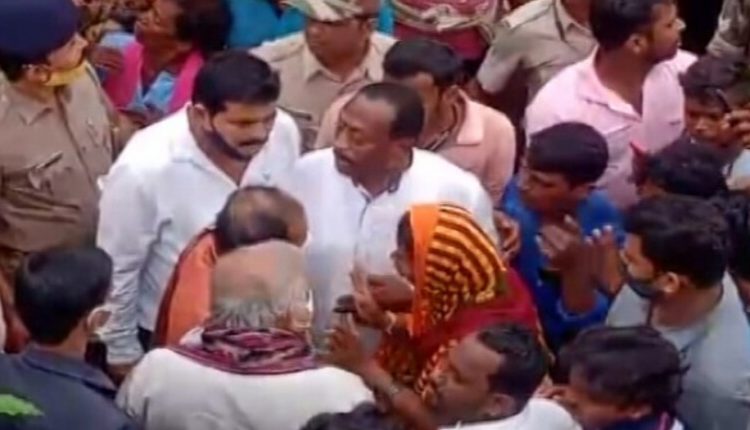 Bhubaneswar: After minister Tukuni Sahu was locked up by Congress and BJP workers in Kuchinda of Sambalpur district, Assembly Speaker Surjya Narayan Patro and Berhampur MP Chandrasekhar Sahu were detained by the locals in a village of Ganjam on Wednesday.

According to sources, Speaker Patro, who is also Digapahandi MLA, and Sahu had gone to Tikarpada village in the former’s constituency to inaugurate smart classroom of the village school and a new building of Mission Shakti.

Before Patro and Sahu could reach the school, the villagers gheraoed their convoy and detained them for about 2 hours for the state government negligence towards the development of the area. The agitated villagers said Tikarpada lacked a motorable road till date and the welfare schemes had failed to benefit the beneficiaries.

When the police deployed for the visit of the delegates tried to disperse the crowd forcefully, tension mounted and a scuffle ensued. However, the villagers released Patro and Sahu after the latter assured them of looking into their grievances.

Earlier in the day, Congress and BJP workers had locked up minister Tukuni Sahu in a dak bungalow in Kuchinda during the bandh called by the two parties in protest against attack on a Youth Congress leaders allegedly by BJD activists.