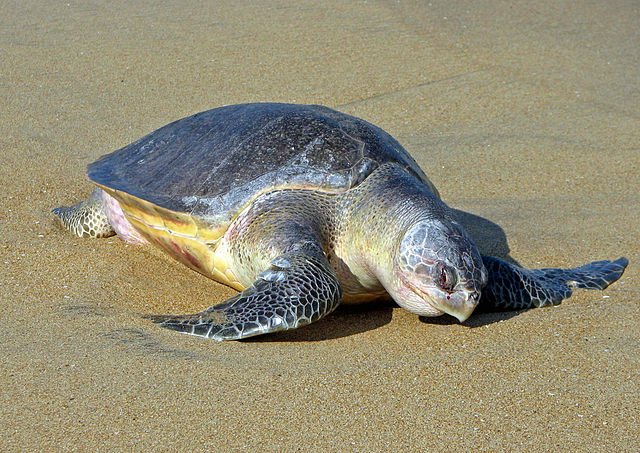 Kendrapada: Scientists of the Wildlife Institute of India (WII) Dehradun have firmed up plans to fit satellite transmitters or platform transmitter terminals (PTT) on at least 30 Olive Ridley turtles this year. This is a part of the renewed efforts to track the migratory pattern of the turtles.

According to senior scientist of Marine Programme of WII, Dehradun, Dr Shiva Kumar Kuppuswamy, in April 2001, the Forest Department and WII along with biologist Jack Frazier of Smithsonian Institution, had fitted PTTs on four turtles at Devi beach. “The turtles circled the waters and only one of them migrated towards Sri Lanka,” The New Indian Express (TNIE) quoted him as saying.

In 2017 again, WII had fitted PTTs on 30 turtles. Many of them were seen moving towards Sri Lanka. However, the PTTs stopped transmitting within a year, either due to technical issues or the death of turtles in trawler-related mishaps, the report added.

During the mass nesting of turtles, WII will fit the transmitters on 10 turtles at Gahirmatha Marine Sanctuary in Bhitarkanika National Park. Similarly, 10 PTTs will be fitted on turtles at Rushikulya beach and as many at Devi beach, Dr Kuppuswamy told TNIE.

How do PTTs work?