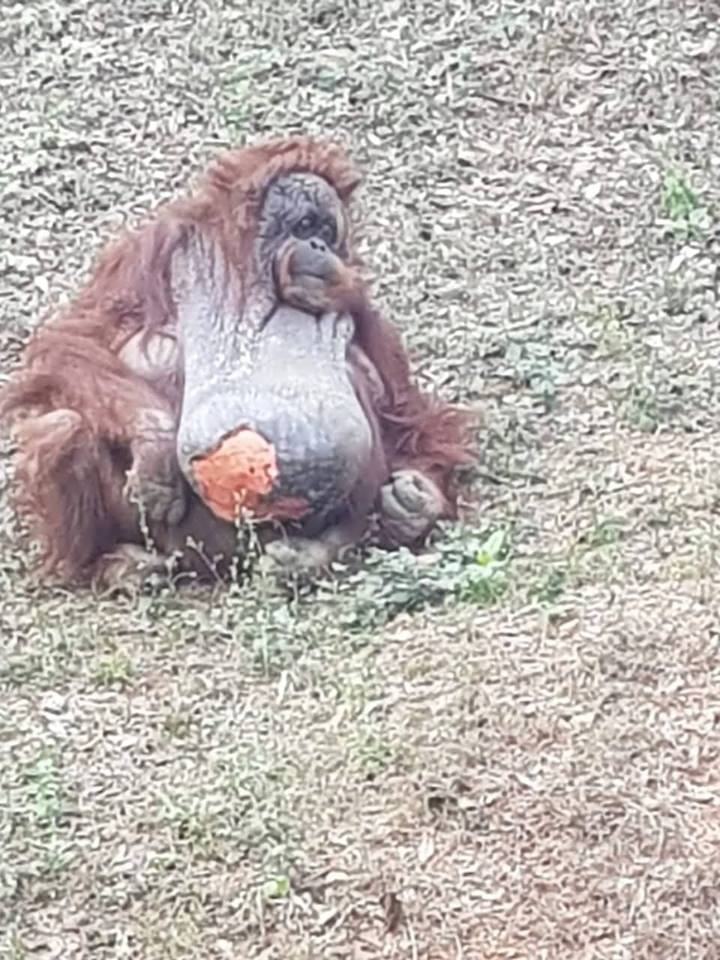 Bhubaneswar: The only Orangutan in India, an inmate of Nandankanan Zoological Park here, has been suffering from wound infection in her throat since a long time.

The Orangutan named Binny is being treated for the wound since more than a year now.

However, wildlife lovers have expressed concern over her deteriorating health condition and the treatment being extended to her by the zoo authorities.

Dr Sarat Kumar Sahu, Veterinary Assistant Surgeon of the zoo, said, “Binny is 41 years old now and suffering from multiple ailments.” The normal life span of an Orangutan is around 40.

“We have consulted experts in OUAT and our technical team for her treatment. She is being treated as suggested by them. She is old now. We cannot go for any aggressive treatment as it could then put her life at risk,” said Sahu, allying the concern.

She is in pain because of the infected wound, which is growing in size with every passing day, and causes itching. “She had a wound in her throat pouch. With age, the throat pouch of an Orangutan grows. It worsens when she scratches it,” he said.

He further said that the zoo authorities are against putting her up for visitor’ display but since her skin needs sunlight to heal she is being let out in the open.

Binny’s food intake and other activities are normal, informed Sahu.

Meanwhile, member of People for Animal and former wildlife warden of Khurda district Sanjib Kumar Das said, “We can call experts from outside for her treatment. Orangutan species will become totally extinct from India after Binny. They could have though of breeding earlier.”