OdishaSport
By Dibyajyoti Mohapatra On Dec 15, 2021 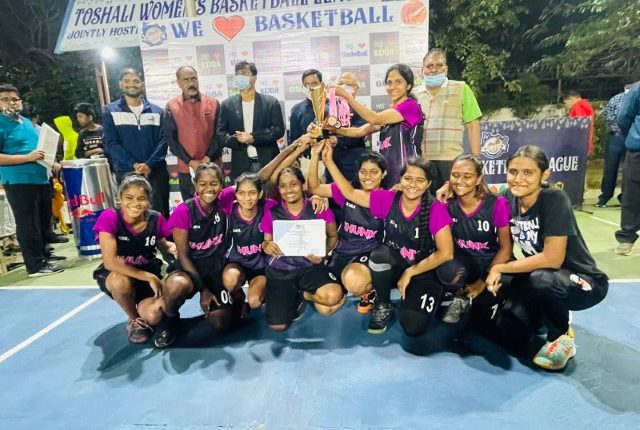 Bhubaneswar: Odisha’s dream is to emerge as India’s sporting hub. The state is already considered to be the country’s ‘hockey capital’, having produced international players and hosted world-level tournaments with great success. Cricket and football are equally popular, while infrastructure for other sports is also being developed.

Now, basketball seems to be emerging as one of the popular sports among the youth of Bhubaneswar and other parts of the state.

It’s a common sight in the capital city to find young kids in bright-coloured jerseys, with numbers etched on the back, dribbling past opponents with a basketball on cement courts under lights.

The COVID-19 lockdowns had brought about a sudden halt. But now that restrictions have been eased, you will find crowds gathered around basketball tournaments at local tournaments. They cheer, clap, shout encouragement as players send the ball into the net with a flourish.

Schools and colleges all over Odisha have taken note of basketball’s gradual growth. A number of educational institutions have installed hoops, cement courts or hardwood courts to encourage students to take up the sport.

Some institutions have taken it a step further by arranging tournaments for interested boys and girls. SAI International School is one of the leading examples, boasting of a strong sports programme, with specialized coaching in every department. 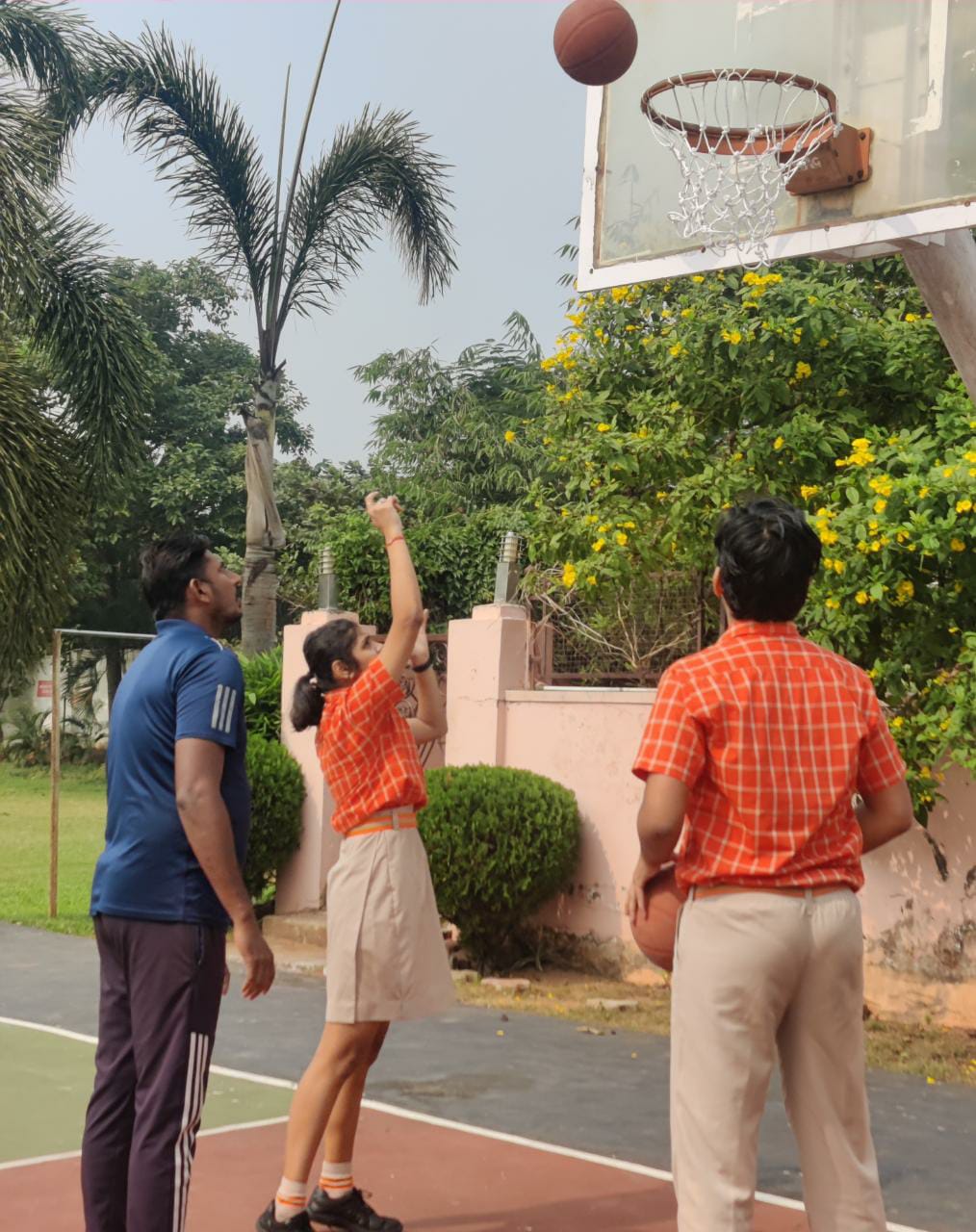 Biswajit Jena, a professional basketball player with plenty of experience, is now completely focused on building a strong basketball foundation at SAI International and coaches students from class 1 to 10.

“I was selected for SAI Hostel, under the central programme of Sports Authority of India in 2008, which started my basketball career,” says Biswajit who takes great pride in being coached by basketball Olympian DP Irani.

“I am trying to instil the same love for fundamentals of the game in my students,” Biswajit adds.

Talking about what has changed in the game from his playing time, Biswajit mentions kids’ knack to shoot a lot more three-pointers.

“The game has gotten easier due to technological advancements. The courts, shoes and the hoop rings are all very much improved. We were not allowed to dunk a lot, due to the lack of hydraulic rings. There was a fear of breaking the backboards. But I still practised and had my first dunk playing for Odisha against Haryana at Jaipur’s Sawai Man Singh Stadium,” Biswajit fondly recalls.

Among the many talented players who have made a name for themselves in the developing basketball scenario in Bhubaneswar, Debashree Darshana Giri is a trailblazer for women’s basketball. She represented Odisha thrice in national basketball championships.

Currently pursuing a B.Com degree as she juggles studies with basketball career, Debashree laments lack of support in the sport, particularly for women.

After girls were not allowed to participate in some competitive basketball meets in the city, a bunch of girls from Khurda District Basketball Association Club took the initiative to organize the Toshali Women’s basketball tournament.

“We have to arrange our own tournaments for women,” she says, adding that they were able to get sponsorship for the Toshali meet and it turned out to be a big success.

“There is also the problem of lack of participation as there is not enough encouragement from several families to let girls play,” reveals Debashree, who plays as a centre and models her game on Candace Parker of WNBA fame.

A female player from Odisha considering basketball as a career is too far-fetched an idea, she feels.

“Covid threw a major wrench in my plans as I was not able to attend a national tournament that I needed to as requirement for my future studies in Sports Psychology,” she rues.

Debashree wants to pursue a career in Sports Psychology, or do an MBA with Sports Management as specialization, preferably from Lakshmibai National Institute of Physical Education in Gwalior.

“I don’t want to end my career by becoming a referee and staying in Odisha, I want to achieve something greater in life,” Debashree signs off.

What Are The Common Symptoms Of Omicron? SA Doctor Explains