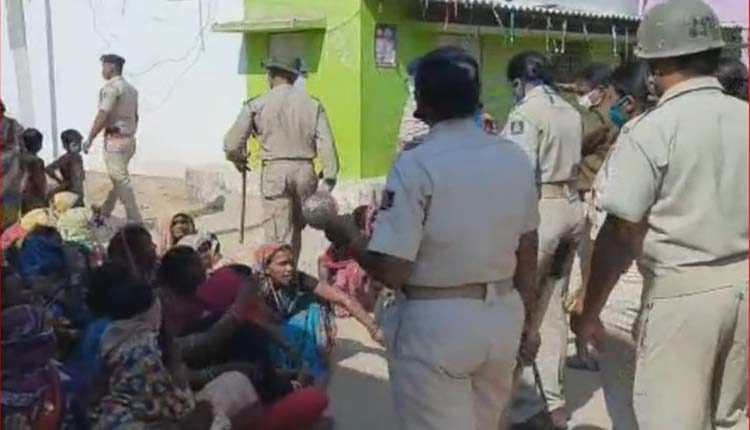 Balasore: A woman constable had to be shifted to hospital after she was attacked by irate villagers wo were staging a protest following the death of a man in an accident in Soro of Balasore district on Friday.

As per reports, the villagers staged the blockade after a man killed in an accident near the village yesterday night.

They demanded immediate arrest of the vehicle driver and adequate compensation to the victim’s family.

Local Tehsildar and Soro police tried to pacify the villagers but the situation turned violent and some villagers resorted to pelting of stones. A stone hit the woman constable severely injuring her.

She has been shifted to SCB Medical College and Hospital in Cuttack. She has sustained injuries on her nose.

The police had to resort to lathi-charge to disperse the agitators and in the process few protestors also suffered minor injury. They were later admitted to a nearby hospital.

They are demanding construction of speed-breakers on the road near the village to prevent accidents.

An FIR has been lodged at Soro police station.

Odisha Is Second After J&K In IPS Vacancies, 14th For IAS