Woman, Grandson Die Of Diarrhoea; Many Affected In Odisha’s Balangir 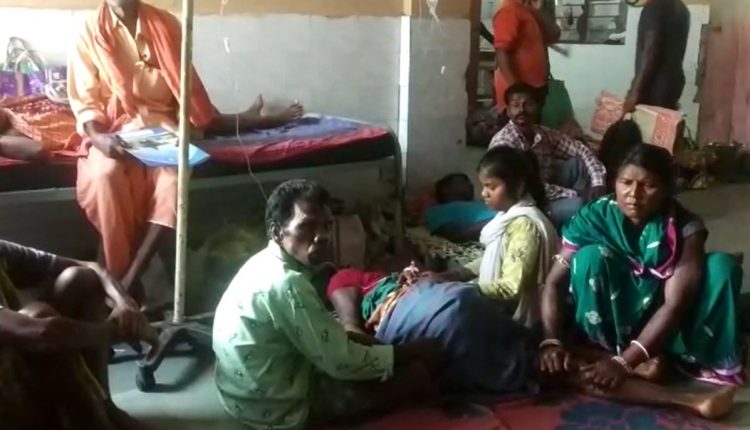 Balangir: After spreading its tentacles in Odisha’s Rayagada, Koraput and Kalahandi districts, diarrhoea has reportedly claimed the lives of two persons of a family and left around 25 others sick in Balangir.

Reports received from the western Odisha district on Monday said that diarrhoea has spread rapidly at Dedarha village under Khaprakhol block in Patnagarh sub-division of Balaingir.

Two villagers have so far died due to the water-borne disease and more than 25 have been affected. Around 10 villagers are undergoing treatment at the Patnagarh Sub-Divisional Hospital.

The diseased were identified as Kumari Meher (48) and her grandson Bablu Meher (10), officials said.

As the number of affected people continued to rise, a special medical team visited the village on Monday to take stock of the situation and arrange the required measures to contain further spread of the disease.

Suraj Kumar Deep, In-Charge of Khaprakhol Community Health Centre (CHC), said the team examined around 40 villagers so far and found the condition of the affected persons stable, while two persons have succumbed to the disease.

Stating that some patients in serious condition have been admitted to hospital, he said contaminated water was suspected to have triggered the disease. He said Consumption of stale food after Nuakhai festival might also have played a role.

Samples of water and food are being sent for examination, while steps were taken to sanitise water sources in the area, he said, adding that steps were also taken to create awareness among the people regarding the need to maintain hygiene.

Spread of diarrhea was reported in Balangir after the disease reportedly claimed lives of at least four people in three panchayats of Kalahandi district recently.

Last week, at least 16 people in Jeypore block of Koraput district were affected by diarrhoea. The disease had also spread to Dasmantpur, Bariguma and Laxmipur blocks where 30-40 people were affected in each block.

Earlier, the disease had claimed the lives of 10 people in Kasipur block of Rayagada district.