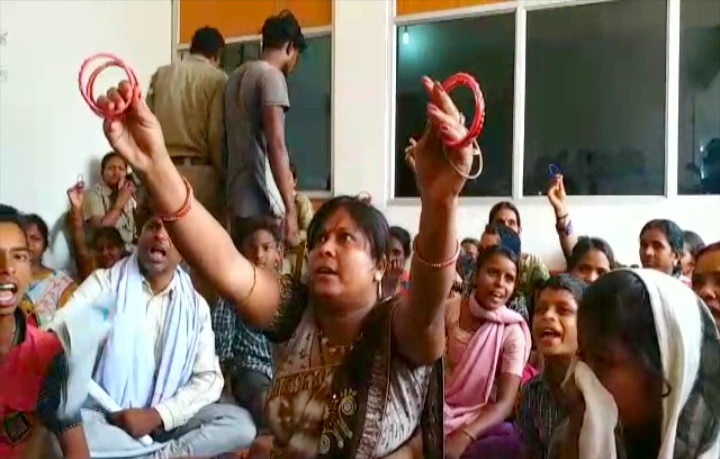 Jharsuguda: Peeved over shortage of drinking water for past several days, scores of women staged a demonstration in front of Belpahar Notified Area Council (NAC) office in Jharsuguda district on Tuesday.

As mark of protest, the irate women pelted bangles at NAC chairman for paying no heed to their longstanding demand.

“We had met the NAC chairman, but to no avail. We will be forced to intensify the agitation, if they fail to resolve the issue,” an agitator said.

The women had staged a road blockade on NH-49 over the same issue on Monday.