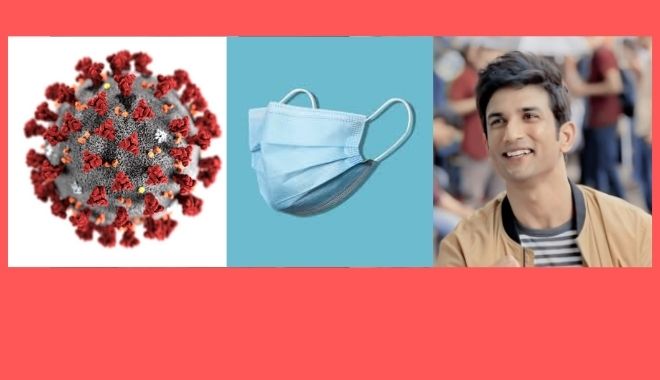 Year 2020 deserves a parting kick. No, India’s 36 for 9 performance Down Under is not the only reason for it. It has been a year of bad memories. On the annual balance sheet of experiences, nasty ones easily overwhelmed pleasant ones. The virus played the maniacal villain, unleashing misery, unhappiness, chaos and death. As mankind first scurried to the safety of homes and then resumed life in timid installments, the myth of human infallibility lay shattered. The braggadocious claims of science over conquest over mysteries of Nature stood exposed. On the virus, we knew the question but had no answers. At the end of the year, its virulence appears to have subsided to a degree, yet we don’t fully realise why.

The year deserves a parting kick because it left a gaping hole in our lives, both individual and collective. Human activities – small and big, significant and insignificant, meaningful or meaningless – fill up time and give it a sense of continuity and stability. We didn’t have much of those. It was largely a blank space – imagine pages full of written words and a sudden stretch of letterless emptiness or a length of the familiar road disappearing in a gush of flooding water. On a galatic scale it might be an inconsequential blip, but it is a huge disruption when viewed up close from the perspective of the present and the living. Time is not supposed to stand still, but it did in literal as well as metaphorical sense. It was not a normal experience.

The calendar, for once, failed to make sense. Each day merged seamlessly into the next as did weeks and months. The sameness of the everyday routine left each unit of time indistinguishable from the other. If you shut yourself out from the sights and sounds outside and banished the clocks at home, you could well be in a vacuum, right in the middle of nothingness. If the calendar is meant to remind us that everyday is a new day, a new beginning what one actually had was a heavily blurred version of it. The new was conspicuously absent. Towards the end of the year, as people resolved to break the inertia and regain control over their lives, the situation cleared in leaps but by then a whole stretch of time was already rendered meaningless.

Never in more than a century mankind as a whole witnessed such disruption. Spanish flu of the early 20th century was way back in time. It, records say, wiped off millions in India. But the memory of it was too indistinct for even the grandfather generation. In the interregnum, major public health threats like small pox, polio, malaria, tuberculosis etc were understood better and their killing potential was put under check. This was a period when people – at least a major chunk of them – stopped rushing to shamans and their strange gods when disease struck. Science convinced them that pathogens were responsible for their health woes, not some furious god. Mankind demolished the fiction of the punitive powers of the latter and thus asserted more control over human lives.

However, wresting control of a chunk of the divine territory brought upon people the responsibility of managing it well. As deaths from this pandemic suggest, they had failed in it. Understanding a disease and its source were fine but more important was carrying the solutions deep through competent healthcare infrastructure. Its inadequacy was exposed worldwide. Officially, as many as 1.6 million people have perished so far. It could be sheer underreporting. Whatever the case, it’s a shame. The year made us aware of it in the crudest possible way.

A long period of isolation could have put us in a meditative frame, driving us to introspection, and to better understanding of human misery. We had the worst of human character getting loose instead. A whole lot of people channeled hatred, some deep-seated, some freshly minted, towards others. We had the rage against the Markaz participants in the beginning which shifted to migrants, then selectively to governments and to agitating farmers. There were many targets in between. A big section of the media discovered business opportunity in fanning hatred against individuals and groups. Controversies were manufactured and fattened with lies, half-truths and noise. Whatever happened to the Sushant Singh Rajput death case? One might ask here. A bit of provocation can turn people into beasts lusting for blood, and it’s damn easy to provoke them. This is a sad reflection on the erosion of the traits of empathy and sympathy in us. That reality came out clear this year. They overwhelmed the redeeming stories of service and sacrifice of COVID warriors.

Yes, a parting kick is what 2020 deserves. It had more negatives than positives. It shrank us as human beings, made us look pathetic. Meanwhile, making a bad year look ugly, the Indian cricket team registered its lowest total ever. A forgettable performance in a forgettable year. But we can recover from that, not from what we tansformed into this year. We cannot wait to say goodbye to 2020.