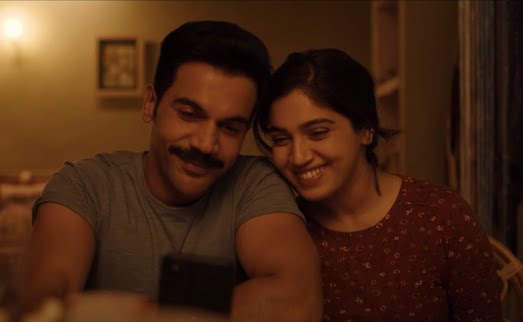 The stage of experimenting with making movies on the subject of same sex love is clearly over by now. An accepting audience has encouraged filmmakers to go bolder with the subject. Earlier in the year, expressing happiness that Indian films are finally heading in the right direction when it comes to inclusivity and sensitive portrayal of the LGBTQ community, Parmesh Shahani, author of Queeristan: LGBTQ Inclusion in the Indian Workplace, had told ZeeZest.com, “It’s very important for well-meaning allies of the queer community to start collaborating more and more with the latter.”

Here are some movies and OTT shows that tackled the issue with sensitivity.

Gay police inspector Shardul (Rajkummar Rao) and Sumi (Bhumi Pednekar), a lesbian and a physical education teacher settle for a marriage of compromise to appease their respective families. The movie really spoke about not just coming out to your parents but also things like the possibility of LGBTQ marriage and having children. The Harshavardhan Kulkarni-directorial showcased an interesting queer future in a very mainstream manner.

Maja Ma
When a rumour about Pallavi Patel being lesbian comes true, it threatens to spoil the marriage of her son with the daughter of millionaire Indian-American parents, who have a rather exotic idea of Indian culture and tradition. The Anand Tiwari movie has a stellar cast of  Madhuri, Dixit, Gajraj Rao, Rajit Kapur, Sheeba Chaddha, Ritwik Bhowmick and Barkha Singh. 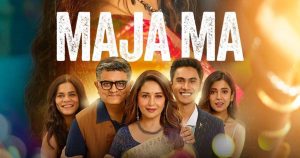 Modern Love Mumbai: ‘Baai’
Chef Ranveer Brar made his acting debut with this queer love story and garnered a lot of praise from the audience for his role as a gay chef. Hansal Mehta’s ‘Baai’ focuses on the gay love story of Manzar (Pratik Gandhi) and Rajveer (Ranveer Brar) and how the former has hidden his sexuality from his Baai (his grandmother, played by Tanuja). 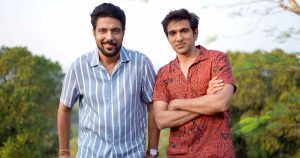 This Telugu movie is Mollywood’s most compelling exploration of a homosexual romance. It tackles the difficulty of accepting one’s sexuality, particularly from the perspective of a disabled person. Amir and Akbar’s depiction is a positive reinforcement that words are not needed in matters of love. Beyond that, it explores issues that pertain to gender, sexuality, and identity in an earnest way and how society tries to put down those who try to defy the norms.


This Kannada film is a dark comedy that follows the journey of two women, Anita, an aspiring actress, and Padma, a budding painter, as they fall passionately in love. In order to stay together, they have to endure cultural and familial hurdles. When the realities of life hit the struggling artists hard love does not always seem to be enough. The film explores how these two artists in love blossoms and the challenge heteronormative norms. The film attempts to challenge all of the existing systems in society from beauty standards to the family structure.