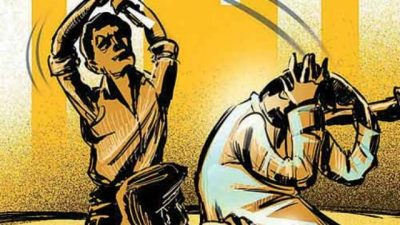 Bhubaneswar: A man, claimed to be a local BJD leader, allegedly chased a youth and attacked him with a sharp-edged weapon at Madanpur village in Odisha’s Khurda district on Sunday following argument on vehicle overtaking.

According to reports, the accused was identified as Gyanaranjan Mansingh alias Putul. He is stated to be claiming himself as BJD’s Khurda district Vice-President.

Mansingh reportedly had a heated exchange with the youth, Riphan Baliarsingh, over some trivial issue of vehicle overtaking. In a fit of rage, he chased Baliarsingh and attacked him with a sharp weapon, causing him serious injuries, reports said.

Baliarsingh was rushed to AIIMS Bhubaneswar for treatment, while a member of his family has lodged a complaint Info Valley police station in Bhubaneswar.

No senior BJD leader was immediately available for comment on the incident.