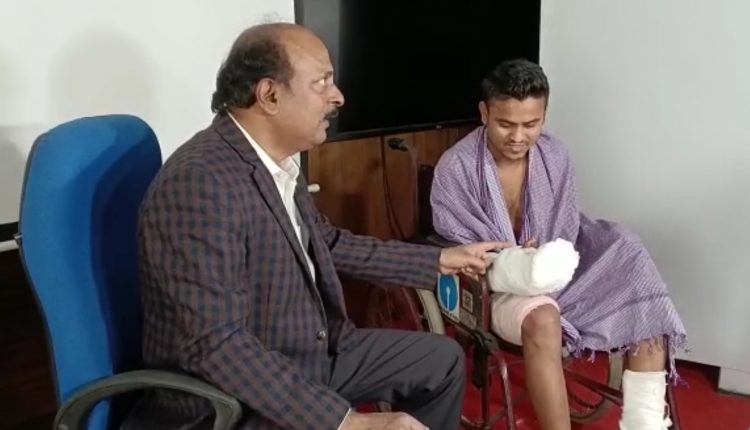 Cuttack: A young man, whose thumb was severed in an accident, got it replaced with one of his toes through a rare surgery at SCB Medical College and Hospital in Odisha’s Cuttack city.

According to sources, 25-year-old Sitakant Barik of Bhadrak was working in a company in Tamil Nadu. While working there, the thumb of his right hand was severed in an accident in the company’s factory. Later, the company officials admitted him in the Plastic Surgery department of SCB Hospital for restoration of his thumb around 3 months back.

After preliminary tests, the surgeons of the department decided to perform the surgery. After taking permission of Sitakant, the doctors started his counselling to prepare him for the operation.

The surgery was conducted by 8 surgeons for 8 hours 10 days back. During the operation, they removed Sitakant’s second toe of left leg and attached it in the place of the thumb.

“Following the operation and post-surgery care, Sitakant is making fast recovery. After full recovery, he will be able to use the thumb and perform normal activities. Similarly, he can use his left leg without any problem,” said Dr Bibhuti Bhusan Nayak, head of the Plastic Surgery Department.