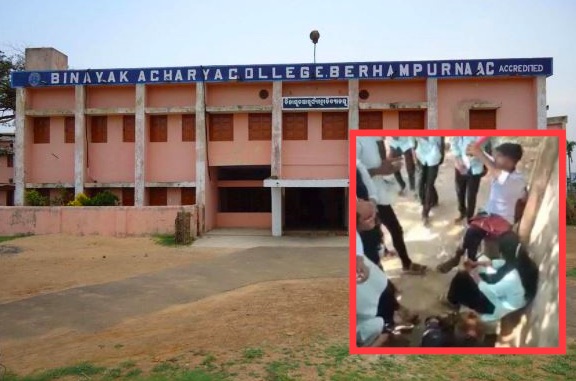 Berhampur: Bada Bazaar on Wednesday detained a student of Binayak Acharya College in Berhampur on the charges of ragging a girl from the junior class.

A video of the incident had gone viral on the social media platform the previous day.

In the viral video, the accused, identified as Abhisekh Nahak (24), was seen assaulting a Plus-II student with a plastic pipe while abusing her. He is a Plus III final year (Arts) student at the same college.

“The accused was detained following a probe on the basis of the viral video in which some youths in college uniforms were seen harassing students. The incident took place on Tuesday,” said SP Saravana Vivek.

A resident of Shanti Nagar, Haridakhandi, Nahak was earlier arrested in a case registered in March 2022, he added.