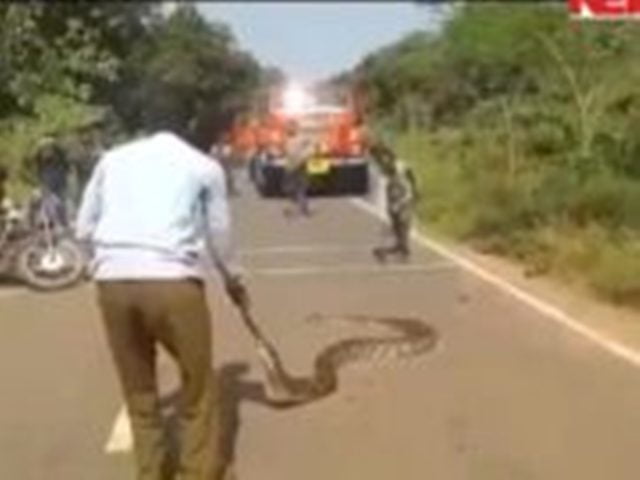 Khurda: A python measuring nearly 12 feet was rescued by forest personnel on a road connecting Garh Khurda with Khurda here on Monday.

The reptile, weighing around 25-30 kg, was brought to the district veterinary hospital and later shifted to Odisha University of Agriculture and Technology (OUAT) in Bhubaneswar for treatment. It has been kept under observation.

As per available information, the python sustained internal injury after being run over a motorcycle while moving towards the forest area.