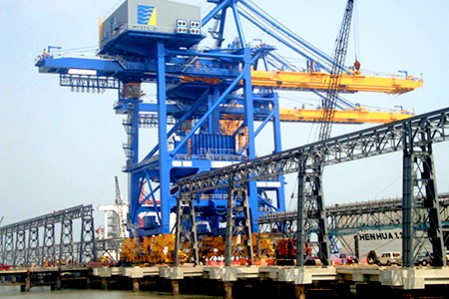 Bhubaneswar: Adani Ports and Special Economic Zone (APSEZ), India’s leading port infrastructure developer and part of the Adani Group, on Friday said it has signed a long-term agreement with Gas Authority of India Ltd (GAIL) to provide Liquefied Natural Gas (LNG) regasification services on use and pay basis at its upcoming LNG import terminal at Dhamra in Odisha’s Bhadrak district.

According to the contract, GAIL India has booked 1.5 million tonnes per annum (MTPA) regasification capacity for a period of 20 years. The company plans to supply the gas to its portfolio of customers in the eastern region and along the Jagdishpur-Haldia gas grid.

“Partnering with GAIL India for facilitating LNG imports is a notable milestone for Adani Ports. This project is now close to being fully subscribed and will play a pioneering role in powering eastern India towards a prosperous and economical gas-based future. It will also become a hub for supply to Bangladesh and Myanmar,” said Karan Adani, CEO, APSEZ.

Construction of the project, the foundation stone of which was laid on July 17 this year, has started with Larsen & Toubro setting up the tankages for gas storage and by CTCI Corporation, a Taiwanese firm, which has won the contract for the regasification package.

The terminal is expected to be commissioned during the second half of 2021.

The proposed Dhamra LNG import terminal is designed for an initial capacity of 5 MTPA, expandable up to 10 MTPA. It will have a jetty capable of handling a wide range of LNG supply vessels, including the largest Q-max fleet from Qatar. The terminal will be capable of reloading LNG to service proximate markets via the marine route. Initially, it will have two full containment type tanks of 180,000 m3 capacity each.

It will be first-of-itsi-kind in India and second LNG terminal on the east coast after IOC’s Ennore terminal in Tamil Nadu.

Odia University To Come Up At Satyabadi In Puri

Deadline For Bidding Ends Today: Who Will Buy Air India?

Farmers To Boycott Adani and Reliance Products, Including…