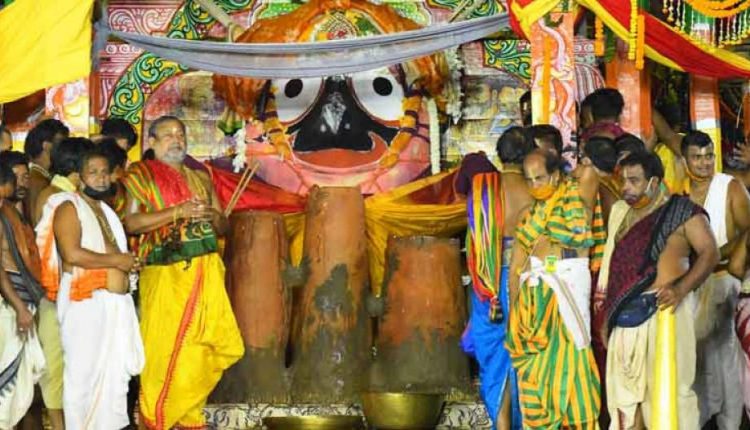 Puri: A day after Suna Besha when the sibling deities glittered in golden attire, huge pots filled with a sweet drink are carried onto the three chariots as offerings.

This interesting ritual of Adhara Pana, which literally translates as Adhara – Lip and Pana – Juice, is performed on Asadha Sukla Pakhya Dwadashi.

During the ritual, terracotta pots are placed on each chariot parked near the Lion Gate of the 12th-century shrine. These reach up to the Lords’ lips.

Pania Apata Sevakas bring water from a well near Chhauni Matha near Singhadwara. The Supakaras then prepare the Pana with milk cream, cheese, sugar, banana, camphor, nutmeg, black pepper and other such spices. Patribadu, Suarabadu, Garabadu Palia Sevaka and Pujapanda Sevaka offer it to the deities.

These are then broken to liberate the souls/spirits and other invisible beings residing on the chariots. 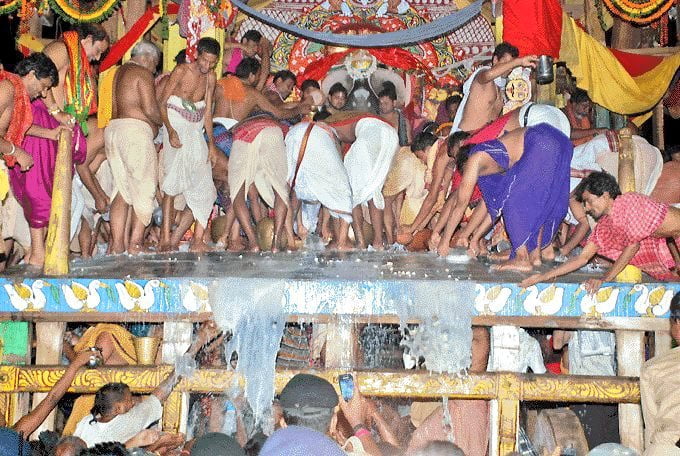 The refreshment is only for the Gods and Goddesses, who stayed on the chariots during Rath Yatra to guard Lord Jagannath, Devi Subhadra and Lord Balabhadra which is why they are known as ‘Rath Rakhyak’. Devotees are forbidden to partake of it.

The huge pots are prepared by the potters of Kumbharpada. Earlier, 12 clay pots were used for the purpose. However, servitors now serve the Pana in only nine pots. 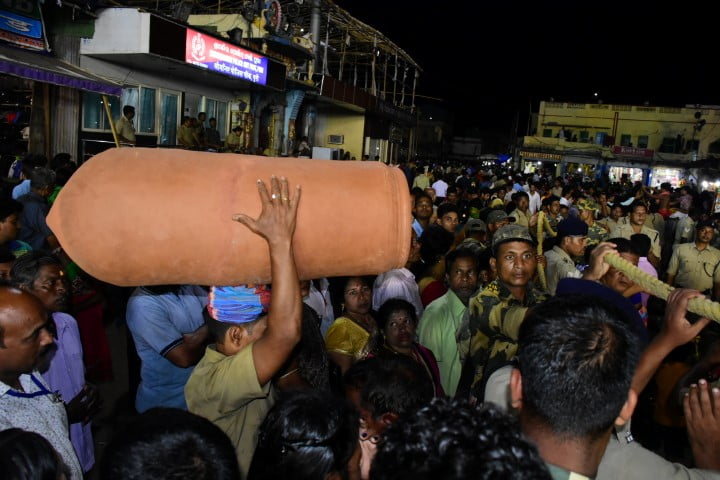 According to the tradition, the Shree Jagannath Temple Administration and the authorities of Raghab Das Mutt and Badaodia Mutt arrange the clay pots from local potters, who use three sacks of fine soil and a sack of sand to make these. It takes them at least a month to shape three special clay pots for the ritual. 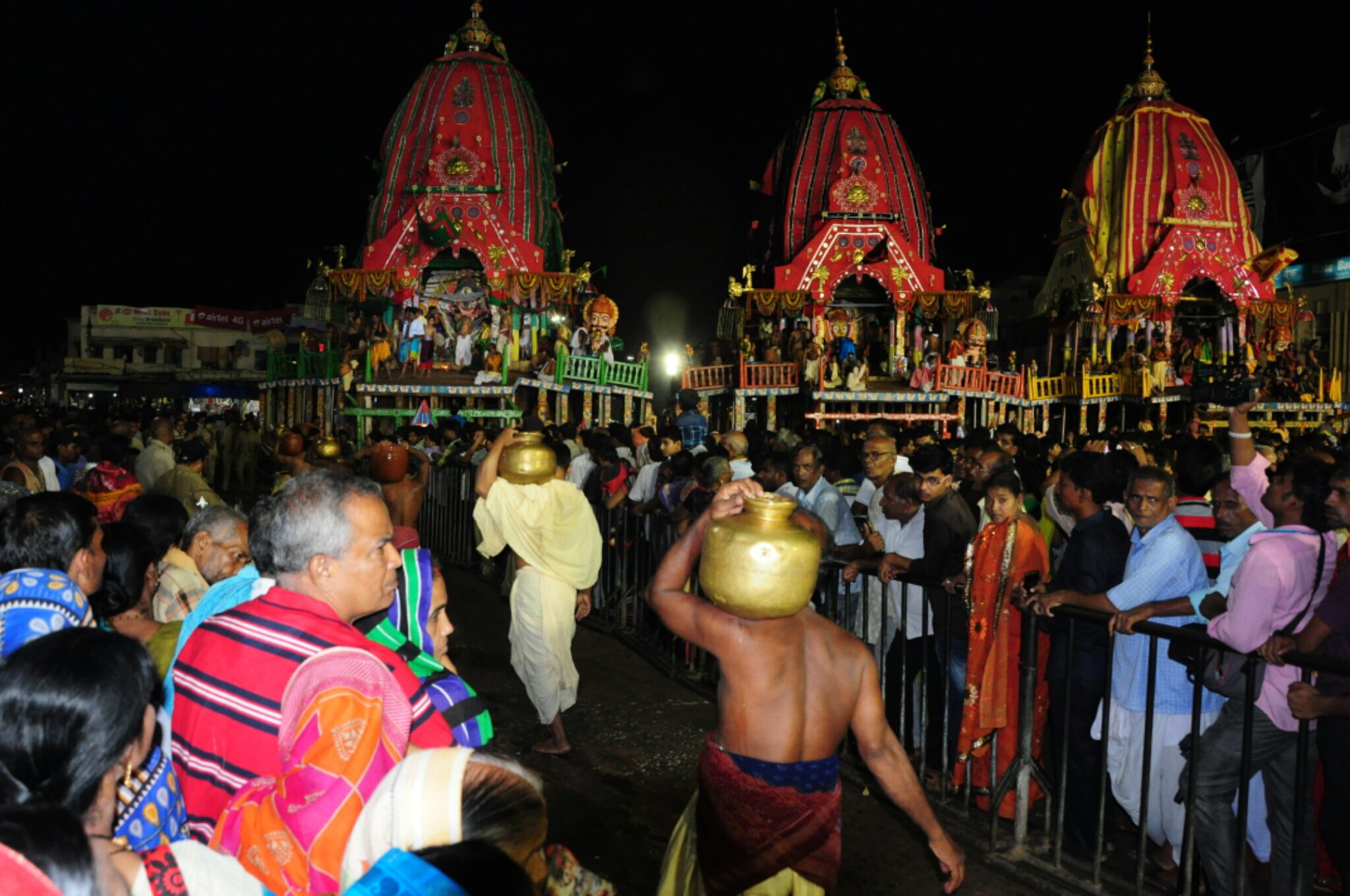 “The soil is filtered and all stones and garbage removed. The sand is mixed and the paste is prepared after which, the pots are shaped. After sun drying for a few days, these are baked. Ideally, the height and circumference of a clay pot are around four feet each,” said a potter. 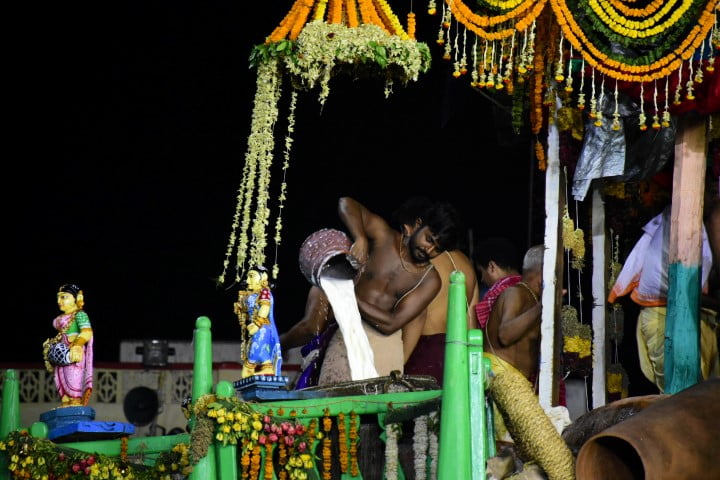 The potters maintain utmost hygiene and follow food restrictions while preparing these pots. Women are not allowed to touch these pots. 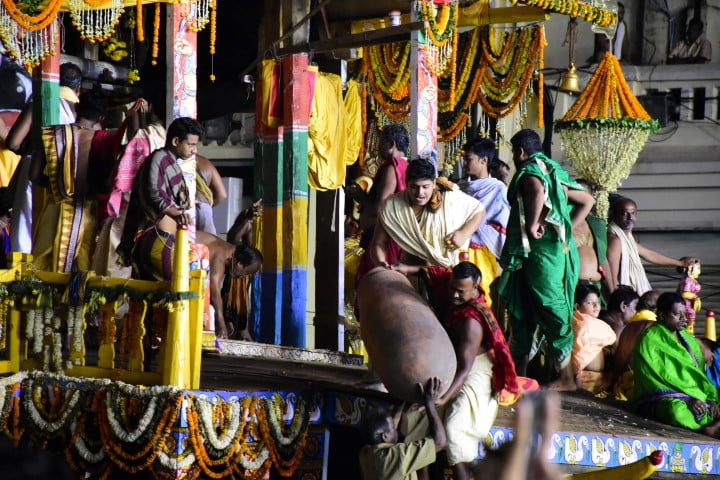 The rituals are expected completed by 8 pm on Thursday (July 22). Niladri Bije, the entry of deities into the sanctum sanctorum of Srimandir, will be performed the following day.

92 Expectant Mothers Vaccinated On Day One In Bhubaneswar