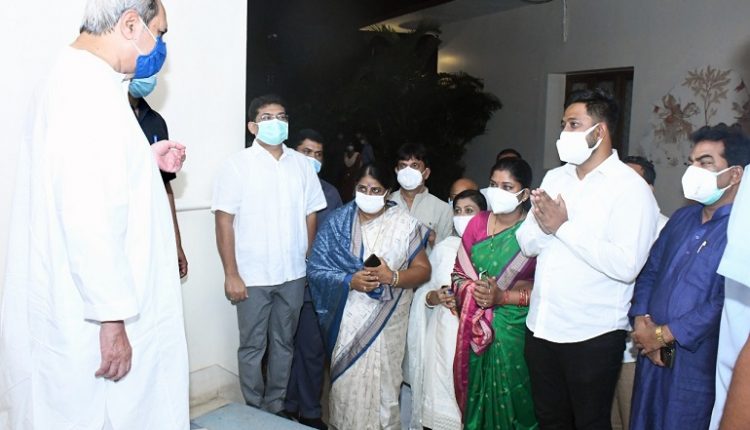 Bhubaneswar: After the big win in the Pipili bypoll, BJD candidate Rudra Pratap Maharathy on Monday met party president and Chief Minister Naveen Patnaik at his residence in Bhubaneswar.

Maharathy was accompanied by his mother and other family members.

Soon after the final round of counting and results were announced,  Maharathy said “It’s time for action, not for celebration.” Asserting that he is here to work for the people of Pipili for whom his father had stood by, he said “I will honour your faith and love for me and work for the constituency.”

Rudra Pratap, son of late Pradeep Maharathy, received 96,972 votes to seal the seat in BJD’s favour. The BJD has increased its vote share by 3 per cent in this bypoll necessitated by the death of its strongman Pradeep Maharathy in October 2020. While the vote share for the regional party was 53.6 per cent, BJP got 42.04 per cent votes and Congress 2.36 per cent.

Also Read: Why Pipili Win Could Mark A Significant Change In BJD’s Script