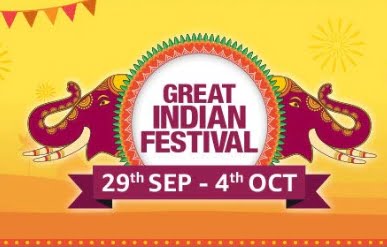 The festival season sales of e-commerce players have created some record numbers. Amazon recently revealed that it received orders from 99.4 per cent of all pin codes of the country during its ‘Great Indian Festival’ sale.

It received 88 per cent new customers from small towns for the first time.

Walmart owned Flipkart too saw a 50 per cent rise in new customers during its Big Billion Days sale.

Smartphones being the highest sold category during the sale, brands such as Samsung, OnePlus, Apple, Xiaomi and Vivo saw extremely good numbers. Premium smartphone maker OnePlus recorded over Rs 700 crore in sales while Samsung saw a 5X growth this time. Apple too had great numbers with almost as many iPhones flying off the shelves during the sale as total year-to-date sales.

There has been a 50 per cent increase in EMI shoppers than last year’s sale on Amazon.

More Rainfall In Odisha For Next Five Days, Says IMD

Man Tries To Smuggle 1 Kg Gold Under Wig, Gets Caught