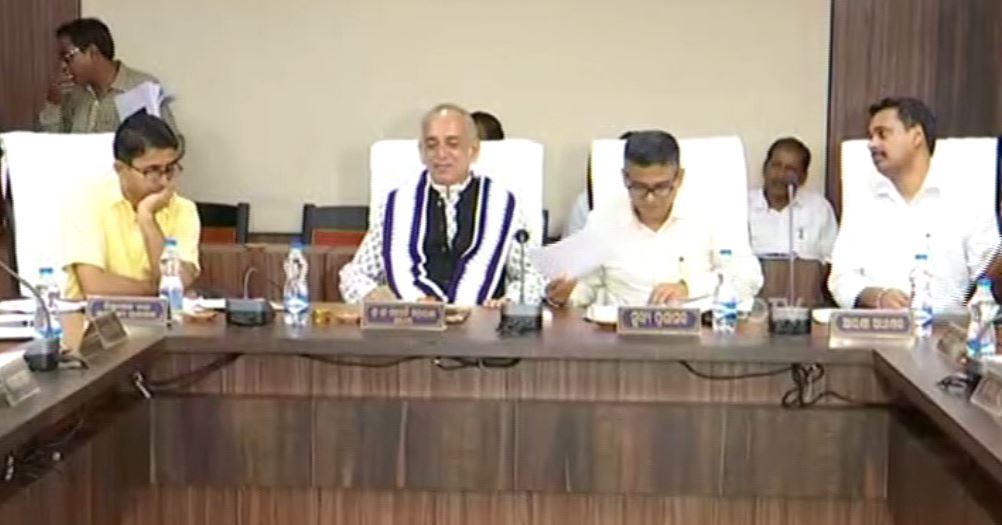 Puri: The Archaeological Survey of India (ASI) on Tuesday tendered an apology to the Jagannath Temple Managing Committee for the damage to the temple in Puri during the extremely severe cyclonic storm Fani on May 3.

Talking to the media after the meeting of the temple’s managing committee, presided over by the Gajapati Maharaja Dibyasingh Dev, Chief Administrator of the Shree Jagannath Temple Administration (SJTA) Pradipta Mahapatra said the damage rendered by the cyclone to the temple was discussed in the meeting.

“The Gajapati Maharaja expressed anguish over the damage to the two lion idols of the main temple due to the crashing of the iron scaffolding put up around the main temple for repair by the ASI. The Gajapati said that had the ASI removed the scaffolding before the cyclone, the temple would not have sustained such a huge damage. Admitting the fault, ASI Superintending Archaeologist Arun Mallick, present at the meeting, tendered an apology to the managing committee with an assurance that there will be no such recurrence in future,” Mahapatra said.

He said the meeting decided that henceforth, identity cards will be issued to the ASI staff.

He further said that the original Jaya-Vijaya idols at the Simhadwara (main entrance gate) of the temple, which were damaged during the cyclone will be replaced with new stone ones.

Referring to the rituals performed by the Palia sevayats (servitors who perform rituals of the Lords in shifts) during the cyclone, Mahapatra said as these sevayats performed the rituals on time, braving the cyclonic storm, the committee has decided to give them two-months’ wages as a reward.

The chief administrator also informed that LED lights will be put up inside the temple premises and the Jagannath Temple police will be provided with searchlights.

Asked about the acute shortage of the Kudua (earthen pots in which cooked food is offered to the Lords), Mahapatra said instructions have been given to the Special Relief Commissioner (SRC) and the district administration to conduct a survey on the damage to the houses of the potters within two days.

“It was decided that financial assistance of Rs 8500 will be provided to each potter family to construct the salaghara (where the raw earthen pots are prepared and baked). Besides, the Suara and Mahasuara (temple cooks) have been asked to regulate the supply of pre-ordered Mahaprasad for at least two weeks,” he pointed out.