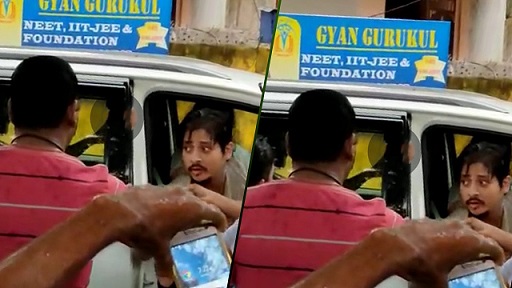 Bhubaneswar: A day after Ollywood actors Babushaan and Prakruti were assaulted by the former’s wife Trupti Satpathy in a public place of Odisha capital, police has started investigation.

As part of the investigation, Kharavela Nagar police has recorded the statements of seven persons on the basis of separate FIRs filed by Trupti and Prakruti Mishra’s mother Krushnapriya Mishra.

According to police sources, the statements of Babushaan’s mother Aparajita Mohanty; Trupti, her father Lalit Satpathy, aunt and uncle Sangita and Ashok Praharaj; Prakruti’s father Manmath and mother Krushnapriya Mishra have been recorded.

The police have also issued notices to Babushaan whose real name is Tanmay Mohanty and Prakruti in connection with the case. As both actors are out of the state, they have been asked to appear at the police station after their arrival in Bhubaneswar.

On Saturday, a video on the incident had gone viral on social media. In the video, Trupti was seen stopping a vehicle in which her husband was in the driver’s seat with Prakruti sitting beside him. An agitated Trupti was seen roughing up the actor and the actress, pulling Prakruti’s hair and even chasing her.

The Format Debate: Is It Endgame For One-day Cricket?