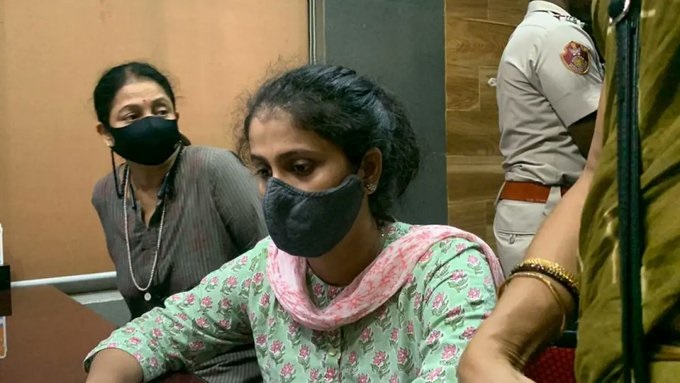 Hours after Prakruti’s mother Krushnapriya Mishra lodged a case at Kharvel Nagar police station after her daughter was assaulted, Trupti, who is a teacher, also reached the police station along with her mother-in-law and actress Aparajita Mohanty and filed a case on Saturday.

She has alleged in her complaint that their marital life was peaceful until Prakruti came into Babushaan’s life and created disturbances.

“Our marital life was peaceful until Prakruti’s entry. They are in a relationship for the last two years. She has been blackmailing my husband as well as threatening me with dire consequences,” Trupti alleged, as per media reports.

She further alleged that Prakruti got into a relationship with Babushaan to boost her career, which she said was hit because of the lockdown.

She also alleged that the actress supplied alcohol and ganja to Babushaan.

“Since at that time her (Prakruti) career was on a down trend because of the lockdown, she was successful in establishing a relationship with my husband Tanmay Mohanty (Babushaan) to boost her career as well as to fulfill her financial needs by providing my husband with alcohol, ganja etc,” Trupti alleged in the FIR, according to media reports.

“As my husband was in an intoxicated state 24×7, he never returned home neither was he providing me any financial and moral support,” Trupti said in the FIR, according to the reports.

She said that when she tried to stop all this, Prakruti threatened her and her husband through various ways including blackmail.

“My husband was staying in Satya Nagar in a hired (rented) house with Prakruti which is nearer to my parents’ house. Today morning when I went there to see whether my husband is there or not, I saw my husband and Prakruti were planning to go Chennai,” Trupti alleged, according to media reports.

Still, I am ready to give him a second chance, she added.