Back From The Brink: The Chilika Story 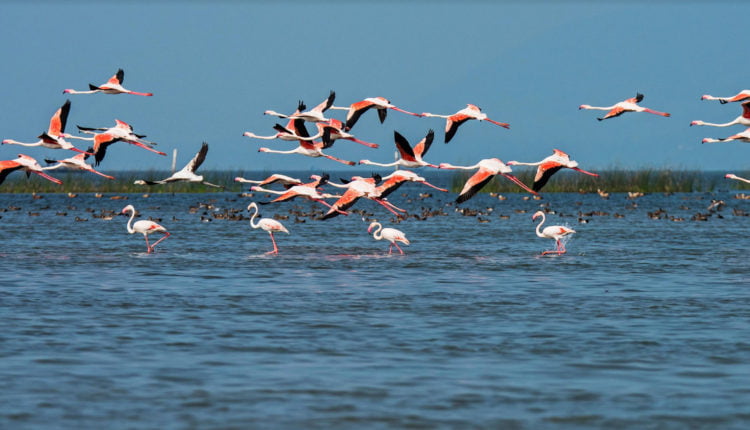 Dr Ajit Pattnaik, my batch and cadre-mate in the Indian Forest Service (IFS), is a mild mannered, sincere and ingenious person. During our training at the National Forest Academy (NFA) when most of us would be indulging in revelry, Ajit would sneak out and focus on academic assignments. He was a typical ‘KTP’ (Keen Type Probationer) but would dismiss anyone calling him that with his typical disarming smile.

In Odisha Ajit made his mark as a sincere and efficient officer. When promotion was due to the rank of Conservator of Forests, I was posted as faculty member in NFA and got my promotion on time in June 1996. But in the State, officers were having problems due to stagnation. Ajit rang me up, “They are considering to post me as Chief Executive, Chilika Development Authority (CDA). Our seniors are strongly advising me not to accept the offer as it is a ‘low profile’ post, and it will be better to wait even for a year till a regular vacancy arises.” We had a long discussion and came to the conclusion that although it was a completely alien field and a real challenging job, it provided an opportunity to prove one’s mettle. Ajit joined CDA in November 1997. It had a very small office space in a rented premises. In the first year he just had one personal qssistant and a driver in his establishment.

Chilika, the largest brackish water lagoon in the world, sprawling over 1,100 sq km is connected to Bay of Bengal through a narrow mouth. Besides the rivers Daya and Bhargabi, 43 rivulets drain in to it. As a result, there is a salinity gradient, from freshwater to saline, which makes a very unique and diverse ecosystem. In 1981, Chilika had the honour of being designated as the first Indian wetland of international importance under the Ramsar Convention. In the 1980s it was facing two major ecological problems: 1. Due to geological reasons, the mouth connecting Chilika with the sea was gradually shifting northwards and getting closed; 2. The rivers draining into Chilika were depositing heavy silt load into the lagoon, resulting in shrinking of water spread and drop in salinity. The Odisha government, to address these issues, constituted CDA in 1991. The situation was alarming and environmentalists speculated that soon Chilika would turn into a fresh water swamp and ultimately dry up. In 1993, the Ramsar Convention put in the Montreux Record (threatened list) due to changes in its ecological characters. Chilika was all set to be doomed!

Till Ajit joined CDA, research work focussed on how to save Chilika. It was a gigantic task to prepare an action plan to save Chilika, if at all it was possible. The challenge was to open a new mouth, restore the salinity gradient and remove the huge silt load and fresh water weeds. CDA, after engaging with the Central Water and Power Research Station (CWPRS), Pune, decided to open an artificial mouth at a location 11 km from the lake on the southern end. Initially, there was a lot of reluctance. Some environmentalists predicted ecological disaster, in view of such a massive intervention. Finally, after a lot of deliberations, scientific consultations and persuasion by CDA, the state government decided to engage IIT, Madras, to execute the project.

History was made on October 23, 2000; a new mouth was dredged open. The intervention had spectacular impact. The new mouth facilitated exchange of fresh and saline water and the desired salinity gradient was restored. Freshwater invasive weeds disappeared and the seagrass meadows revived. Biological diversity got restored and native fish species started reappearing. CDA also excavated natural channels and silted up areas to restore the lake back to its original shape. The annual fish landing, which was about 8,000 MT in 1980 and had plummeted to 2,000 MT in 1999, went up by seven times to 14,000 MT (a staggering annual turnover of Rs 160 crore). The livelihood of 33,000 fisher families from 160 villages around Chilika, which entirely depended on fishing and other allied activities was restored. Chilika got the unique distinction of being the first entity from Asia to be removed by Ramsar Convenntion from the Montreux Record in 2002 and CDA was conferred with the prestigious Ramsar Wetlands Conservation award (1st from Asia) and Indira Gandhi Paryavaran Award.

Irrawaddy dolphin is a flagship species of Chilika. Being a fish-eating species, its population has direct correlation with availability of fish. With increase in fish population, dolphin population, which had dipped to a mere 45 prior to opening of the mouth, increased to about 150. The beach at the point of confluence of the new mouth and dolphin sightings attracted a lot more tourists. Prior to 2000, there were only 220 tourist boats operating; the number went up beyond 1000. Chilika, one of the major habitats for birds, particularly the migratory ones, bounced back as a safe haven and the bird population stabilized at around 10 lakh. Eco-tourism is now the buzzword of Chilika. Ancillary activities in and around it flourished. Chilika has emerged as a global role model for eco-restoration!

Ajit directly remained associated with the affairs of Chilika for two decades till he retired in April 2017, except for a brief intervening period. He is now counted among the top three wetland experts of the world, extensively travels to different countries for sharing and disseminating knowledge in the field. He is representing Asia as a scientific committee member of International Lake Environment Committee Foundation (ILEC), Japan. He is the Vice Chairman of Wetlands International South Asia, Senior Scientific Consultant to National Center for Sustainable Coastal Management. Now he is working as environmental and governance expert for the 10-year-long World Bank’s “Dam Rehabilitation and Improvement Project” in India.