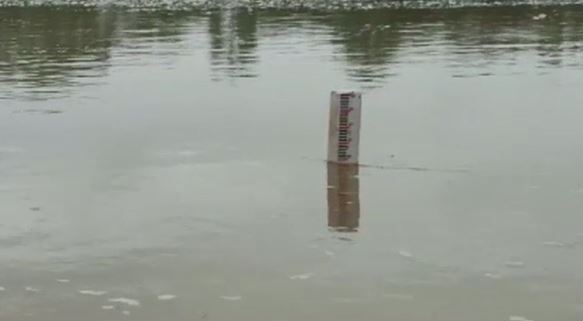 Likewise, Baitarani was flowing above danger mark at 17.68 metre near Akhuapada in Bhadrak.

Meanwhile, the Hirakud dam authorities opened four more sluice gates on the day to release excess floodwater to downstream Mahanadi. Currently, the dam is releasing 39,957 cusec water through 14 sluice gates while the inflow into the dam reservoir is 3,97,451 cusec.

It is pertinent to mention that, the regional centre of India Meteorological Department (IMD) in Bhubaneswar has forecast that the rainfall intensity will increase in Odisha from Saturday. Heavy to very heavy rainfall has been predicted on August 13-14.