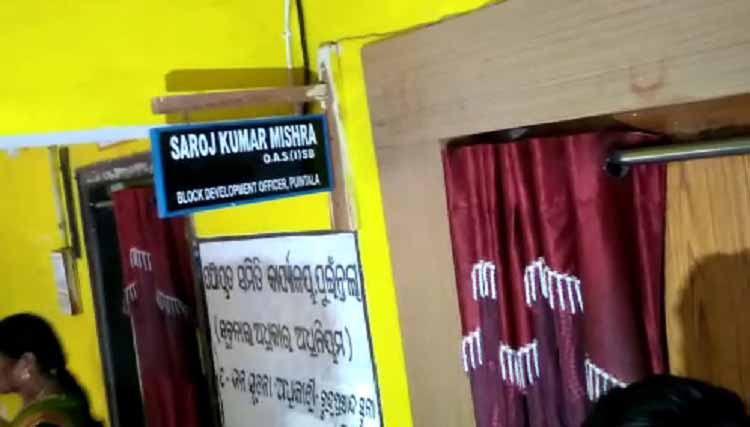 Balangir: Hours after being kidnapped by some unidentified miscreants from his office at Puintala in Balangir district, Block Development Officer (BDO) Saroj Mishra was rescued by police near the sub-collector office here on Friday evening.

Later, SP (Balangir) K Siva Subramani and collector Arindam Dakua had a closed-door discussion with the BDO to know the circumstances under which he was abducted and the possible reasons behind it.

Talking to the media, the SP confirmed that the BDO was abducted by the vice-chairperson of Puintala block Raghunath Gurandi and some of his supporters. Police are on the lookout of other accused involved in the incident, he added.

He said the police while examining the CCTV footage, had identified the block vice-chairman.

“We have conducted the medical examination of the BDO and his health is stable,” the SP said, adding that the remaining accused would be nabbed soon.

The incident took place at around 4.30 pm when about 10 people arrived at the block office and forcibly took the BDO in a vehicle. The block office is barely 200 metres away from the Puintala police station.

Has Mathura Pressed The Exit Button On Hema Malini?