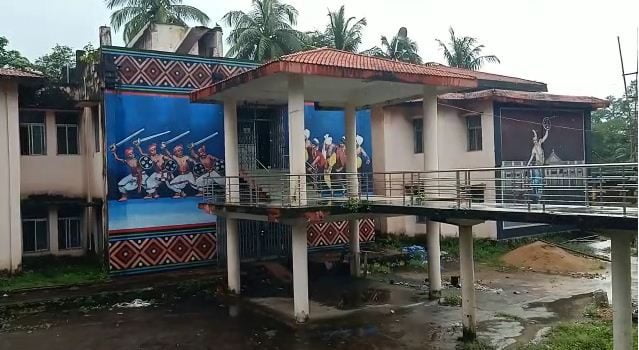 Baripada: The musuem at the district headquarters town is considered the State’s first museum of its kind with considerable architectural value and it is in a state of dilapidation thanks to decades of neglect in the hands of government officials.

The Bhanjdeo family of Mayurbhanj has come forward to protect its monuments and renovate the ancient structure for which the Queen Mother and Princess have consulted specialists from Mehrangarh Museum Trust of Jodhpur (Rajasthan) and TATA Art Conservation Initiative.

The Royal Family has sought the state government’s permission to rennovate the museum set up by ancestors of the Bhankdeos way back in 1905. It was established by the then Maharaja Sriramachandra Bhanjadeo who had also set up Jubilee Library and Sriramachandra Library in the town.

The State government had taken charge of the museum after the merger of Garjats and built the District Cultural Council here before shifting the monuments of the museum. However, rare historical artefacts and monuments have deteriorated over the years due to neglect and official indifference, it is learnt.

Surprisingly, no official has been posted to the museum since 2012 and its gate has been locked for nearly a decade.

The members of the Royal family have taken the initiative to revive the museum which has rare monuments associated with the ancestry and glories of Bhanjdeo dynasty.

Restoration experts Sahitya Raja and Komal Joshi who have inspected the ancient museum have stated that the posterity would not be able to retain the past unless immediate measures are taken to revamp the pre-Independence structure.