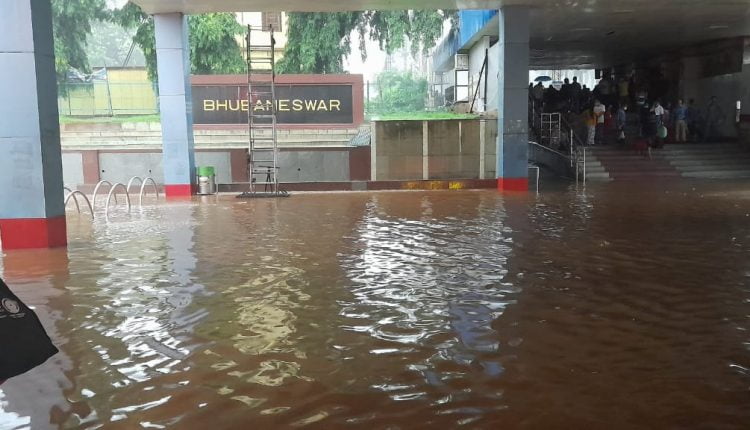 Bhubaneswar: The Odisha capital recorded the wettest September in 63 years with 195 mm rainfall over the last 24 hours till 8.30 am on Monday.

The India Meteorological Department (IMD) has forecast more rain for the city in the next 24 hours.

Large areas of the Pilgrim Town were inundated on Sunday while tourists at the Sun Temple in Konark had to wade through knee-deep water as premises of the heritage site got waterlogged in the heavy rain.

The other areas of the state that experienced heavy and incessant rainfall are Paradeep (219 mm), Chandbali (46 mm), Gopalpur (64 mm) and Balasore (24 mm).

Meanwhile, the depression over the northwest Bay of Bengal and adjoining Odisha coast intensified into a deep depression and crossed the coast near Chandbali. The system is very likely to continue to move west-northwestwards across north Odisha, north Chhattisgarh and Madhya Pradesh during the next 48 hours, the IMD added.