Bhubaneswar: The Odisha capital has been witnessing a surge in COVID-19 cases with the affected tally spiralling to 3763.

During a press briefing on Saturday, Bhubaneswar Municipal Corporation (CMC) Commissioner Prem Chandra Chaudhary informed that 1262 positive cases have been detected in the last 10 days and 1126 among them are still undergoing treatment.

The commissioner also spelt out the main ammunition in the fight against COVID-19 – testing, contact tracing, shifting and treatment.

He, however, expressed concern over reluctance among people to undergo the test. “As home isolation is being allowed with few exceptions, more people should voluntarily step forward for testing,” he said.

Chaudhary further added that 515 patients have so far been allowed home isolation and 327 among them have been cured. 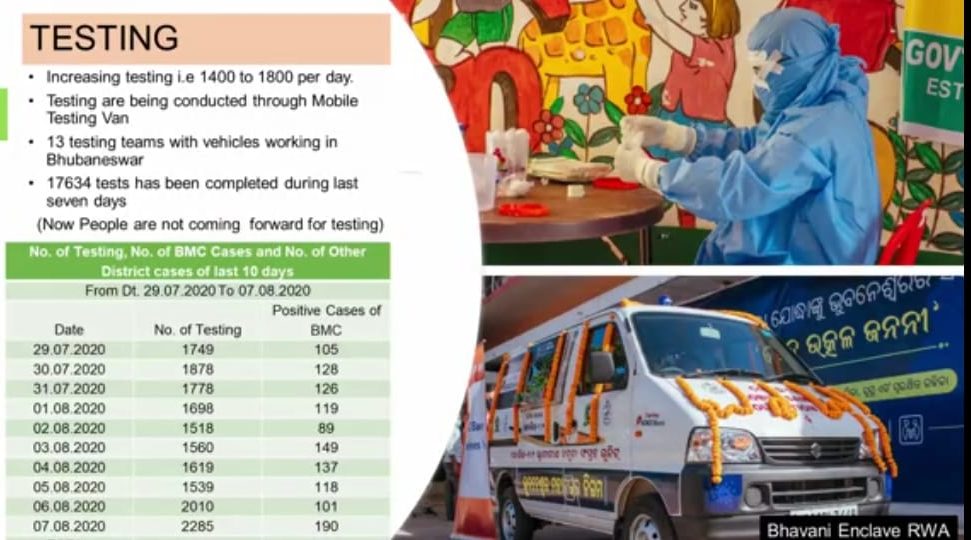 The tests are being conducted at AIIMS Bhubaneswar, AMRI, Sum Hospital, Apollo, Capital Hospital, in DNA and Shree Hospital.

He said that the cured rate in the city has gone up to 63 per cent from 50 per cent with 2360 of 3573 patients having recovered from the infection till August 7.

The commissioner also elaborated on the dedicated hospital facilities in the city. “There is no pressure on the hospitals and we have adequate facilities (3461 beds, 115 ventilators in ICU, 218 ICU) to treat the patients. Four RWAs have set up COVID Care Homes,” he informed. 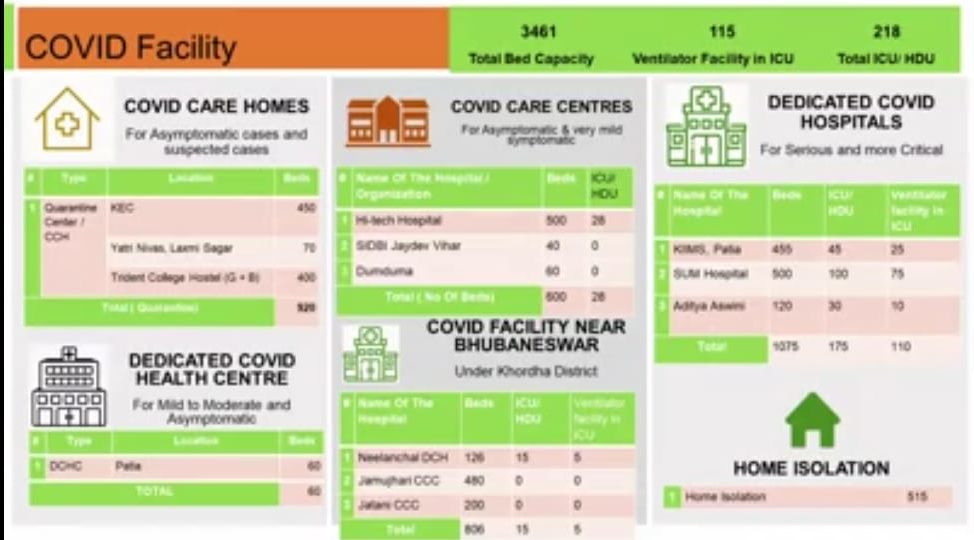 One 50-setter facility funded by MLALAD Fund will be made functional soon, he said.

The commissioner said self-monitoring is important at this juncture and people should follow COVID-19 management guidelines like maintaining social distant and wearing masks, besides regular hand sanitisation. “This is the only way to avoid the infection and check its spread. We also have to protect the vulnerable groups – elderly people and pregnant women,” he added.

What Kept Shah Rukh Khan Busy During Lockdown? Hear It From…