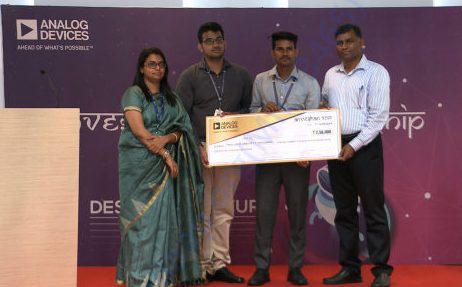 Bhubaneswar: Two city-based tech students have won accolades at a global NASA championship for their innovative device for the early detection of forest fires.

What’s more, the device built by Pratyush Mallick (22) and Pramit Kumar Bhuta (21), both final year students of the College of Engineering and Technology in Bhubaneswar, was the lone Asian entry among the 25 semi-finalists in this year’s NASA iTech Cycle.

Through the iTech competition, NASA encourages innovators from across the world to present ideas that “benefit space exploration and solve challenges on Earth”, The Times of India reported.

According to NASA, the student duo’s innovation “is a wireless system that uses standalone boxes to harvest energy from microbial fuel cells to monitor forest fires quickly and efficiently”. Among other parameters, the device reads temperature and humidity to detect forest fires.

The Uttarakhand forest fire of 2016 had inspired Pratyush and Pramit to take up the project in September 2018. “We named our device Jewel Beetle because this insect is prompt in detecting forest fires,” said Pratyush, who hails from Rourkela. His fellow innovator Pramit is a native of Paralakhemundi.

They first presented their innovation at Sankalp Hackathon, 2019 in Kolkata in January. They later took their device to Anveshan-2019 organised by Analog, a global major in high-performance analogue technology, in Bangalore and won the Anveshan design fellowship programme.

Since their achievement at NASA iTech Cycle, accolades have been flying in for the two CET students. “We are proud of you Pratyush and Pramit. Let’s go make the country proud,” said a congratulatory Facebook post by Odisha Skill Development Authority.

“Both are very good students and we are very happy about their achievement. Their current device is a pilot model. We will fund them if they want to make a real time model and provide all technical help for it,” CET principal Prof Prashanta Kumar Patra said.