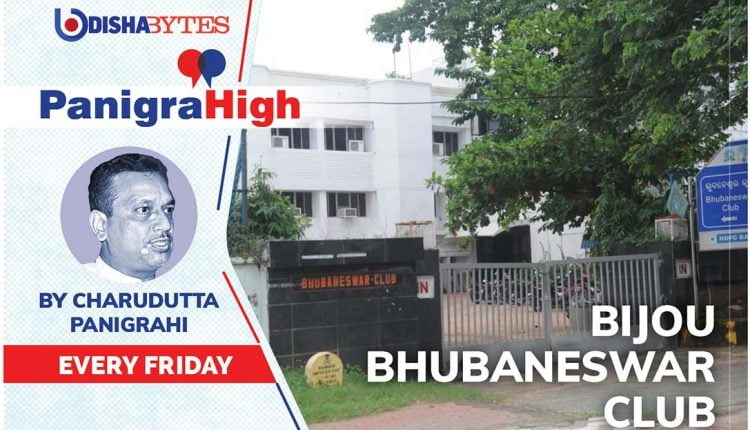 I am a deep-dyed votary of Khati. The closest expression in English would be a commune. Sociologists have discovered a distinct pattern in communes. Richard Sosis and Eric Bressler had studied 19th-Century communes in the U.S. The strongest feature was that the more demanding communes lasted longer. Bigger sacrifices fostered a greater emotional commitment to the group.

Recently, I was addressing a virtual meeting on ‘Khati’ and emphasised transforming ourselves and our economies by leveraging the sway of khati and “responsible khati” that too.

Hygge, Logam, La Dolce Far Niente (the sweetness of doing nothing), Susegad, Khatti are all life-altering beliefs, practices and influences from different parts of the world. They become a way of life when we benefit from their impact on the quality of our life.

Evening soiree on the lawns of Bhubaneswar club with wild gossip is unparallel and is intoxicating enough to run like a mongoose, even on a weekday from different corners of the country. I have done that many times and would love to continue.

Cuttack khati has swapped places, almost. Bhubaneswar club khati has the additional dosage of ‘power tittle-tattle’ and the sudden shock of volatile arrivistes. I have encountered many who over many decades have remained social climbers, still climbing. That’s the eclecticism of Bhubaneswar Club – a bit old world, a bit contemporary and a lot in between. As a third-generation member of the au courant institution, my feelings for the club run deep.

Bhubaneswar club is a premium commune because of its cohort or rather the intended cohort located at the heart of state management, literally. JL Vaz, Raja Sahib of Khallikote, Justice Lingaraj Panigrahi, CM Bennet and other patricians started off with an officer’s club (read exclusive club) which has turned increasingly inclusive and adaptive to the changing socio-economic paradigms in seven decades. There was a need for work-life balance then and now it is a high priority and life-saving.

Bhubaneswar, on a nonstop sprint, is a socio-economic powerhouse, the epicentre of education, health and sports facilities, the political secretariate, and cultural treasure that maps prominently in India and South Asia. India is flocking to Bhubaneswar. The quality of life in Bhubaneswar is one of the highest in India. It drives Odisha, actively contributes to the Indian economy and in the coming years slated to play a major role in India’s strategic defence and global positioning. Each one of us would be directly touched. By 2030, I expect Odisha to contribute 9-10 per cent to the national GDP, at a conservative estimate. By the same time, Odisha should evolve as the soft skills capital of India. Deep running, high-quality communes would enhance our stature in the country and the region.

Our khati will be our safe haven, our retreat. Amidst the breakneck speed, Bhubaneswar Club and its slow life will bring us back to our senses. We need that little, romantic sanctuary that will allow us to breathe and enjoy the fruits of running around.

Gada, my favourite waiter at the club and our family friend (over two generations) berates me every time I overorder or waste food or neglect the food on the table to get cold and soggy. Where on earth have you ever come across a waiter who warns you against getting reckless in eating or declines your order if he thinks you are asking for more food than you require, for yourself and your guests at the table. Bhubaneswar Club is intimate, stands guard like a school friend.

If today Odisha suffers from high numbers of non-communicable, lifestyle diseases like diabetes, digestive disorders, or hypertension, it will be our communes that can play a crucial role in easing social, economic, and political stress factors.

Bhubaneswar Club in the coming years could increasingly be the hub of “ideation’ in the city. The ingredients are extant and need to be arranged and patterned. With rapid urbanisation, Bhubaneswar is moulding itself to a more efficient division of labour, bringing with it the scope for agglomeration and productivity benefits, new ideas and innovations, resulting in higher incomes and living standards.

Younger, more educated professionals would look for ‘nurturing communes’. That is where I see the club providing an enabling turf. This need not mean scaling up the number of memberships. This is the time to pause on the intake of membership and doing the homework to rejig the content of the club – programmes, amenities, windows of entertainment for all in a family and raising its profile through sheer quality and not quantity. The magnetism of the old-world charm needs to be harnessed to give the club the upcoming Gen orientation.

The club is the commune to popularise and showcase slow living which is about taking a slower approach to everyday life. Odisha khati is a practice, which exists since aeons but has to be refurbished smartly in the club and made its core element.

Repositioning the club with a set of values that says faster isn’t always better. The world is wishing for it and we are abundant. Slow living was born out of the slow food movement that emphasises local and traditional cuisine over fast food. I am aware, as a populariser that Odia cuisine is fast gaining national and global popularity. A smoky single malt with endless dry prawn fry, against the backdrop of the glow signs in the breezy lawn hyperactive, mumbling with outdated, oft-repeated jokes and unbelievable titbits.  Bhubaneswar Club brings you back to life, here and now, with a bagful of bons mots, which blow away stress.

“If you walk with haste, you don’t reach Lhasa, if you walk at a gentle pace, you will make it there”. This is the essence of clubbing. Unwinding, reflecting, de-stressing, sharing, participating, bonding and also networking. Networking and business promotion are the bye products and not the mainline. In this fast-changing world keeping this balance between quality and collaborations is and will continue to be a challenge. But Bhubaneswar club has risen to the occasion again and again.  Noble, aesthete and eclectic gentry is its spirit.

The time will come when winter will ask you what were you doing all summer? I was somewhere between “where the soul was lying at the grass in the lawns, the world was too full to talk about, where each other made sense, the blue Bhubaneswar sky blessed the neon of the glow signs.” I was in the evening brought by the club.

( The author is a third-generation Bhubaneswar Club member)