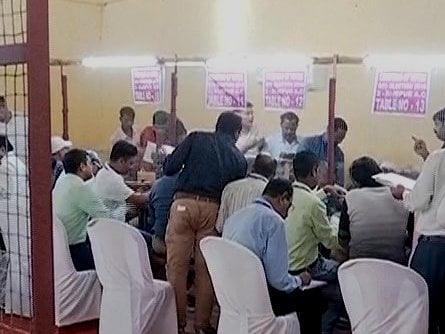 Bargarh: The ruling BJD took a massive lead as counting of votes for Bijepur Assembly began at the RMC yard of Padmapur in Odisha’s Bargarh district on Thursday.

By the end of 16th round of counting, BJD’s Rita Sahu had polled 80,269 votes more than BJP’s Sanat Gartia.

Till reports last came in, Sahu was way ahead with 1,10,085 votes followed by Gartia with 29,816 votes, while Congress candidate Dilip Panda had a meagre 4608 votes in his kitty.

As informed by the Bargarh collector Jyoti Ranjan Pradhan, there will be 21 rounds of counting.