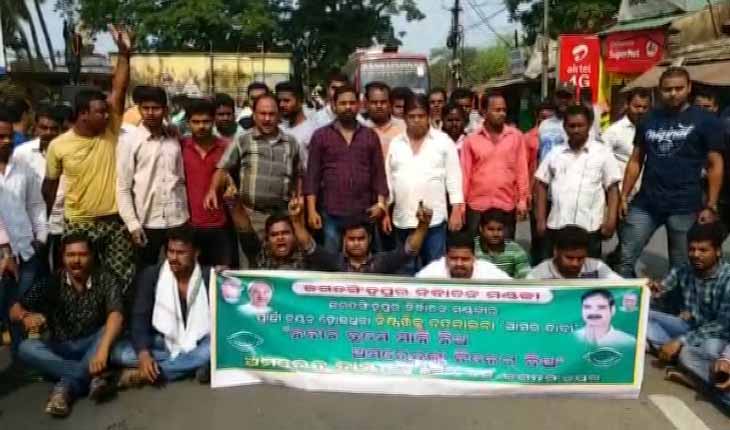 Jagatsinghpur: Tension prevailed in Jagatsinghpur district headquarters on Monday, as irate BJD workers staged a road blockade in the morning in protest against the candidature of Prashant Muduli from Jagatsinghpur Assembly seat.

The irate workers urged the party leadership to reconsider this decision and field Amarendra Das instead.

Vehicular traffic was disrupted for over two hours because of the blockade on the Jagatsinpur-Naugan road. Irate party workers also blocked the Town Police Station Square. However, senior police and district officials rushed to the spot and persuaded agitators for around an hour before they finally called off the blockade.

On Sunday night, irate BJD workers had ransacked the party office in Jagatsighpur after Muduli’s name was announced for the Jagatsinghpur seat. They tore posters with Chief Minister Naveen Patnaik’s photograph and burnt Muduli’s effigy. They also damaged the party’s office board and hoardings and blocked the road by burning tyres.