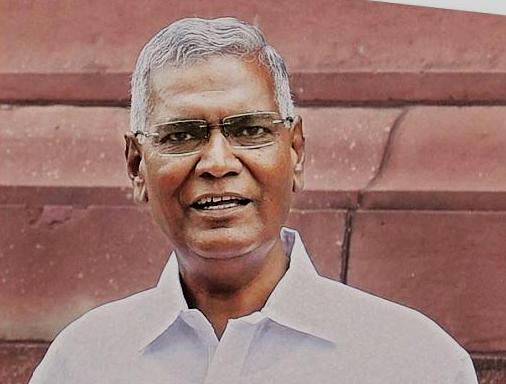 Bhubaneswar: The Communist Party of India (CPI) on Sunday accused the ruling BJD of supporting the BJP “under pressure”.

“The close nexus between these two parties has been exposed after the Lok Sabha and Assembly elections and the BJD supporting of the BJP candidate in the Rajya Sabha bypoll. The BJD is supporting the BJP under pressure,” CPI general secretary D Raja told mediapersons here.

Lashing out at the saffron party, the CPI leader said it was grossly misusing power after securing an absolute majority in the Lok Sabha. “The party is deliberately utilizing the services of probe agencies like Enforcement Directorate (ED) and CBI for its own sake,” Raja said.

Referring to the ‘one-nation-one-election’ proposal of the BJP, the CPI leader said the concept was unacceptable as it was unconstitutional.