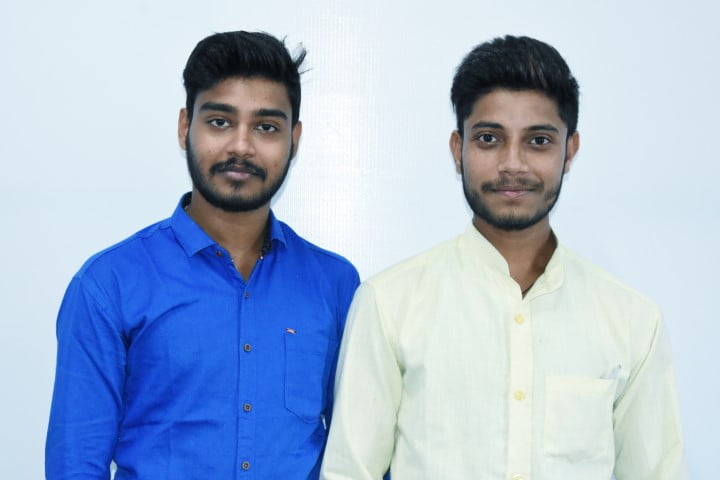 Not much has been heard about environment-friendly paper pens in India or its mass usage. They are practically non-existent, save a few small pockets in southern India. But all this could change for the better.

Prem Shanker Pandey and MD Ahmad Raza are set to challenge the hegemony of the commercially available pens that’s so intrinsic to our lives.

The duo, who put in years of R&D to roll-out a true green pen that can germinate into trees, are setting their own start-up called ‘Likhan’ in Bhubaneswar. Their products are already a rage on campuses and in countries such as Germany and Australia.

Made of newspapers, the biodegradable pens produced by them are leak-proof and can regenerate into trees after being thrown away. Of the two variants of the pen, one comes with a seed embedded in it. “Our next aim is to do away with the plastic refill as well to make it a true environment-friendly pen, inside out,” Prem told Odisha Bytes.

Both have turned down job offers to focus on their venture. “I was not that sound in academics, but the job that came my way was because of our pen. Why shouldn’t I rather concentrate on my project,” Prem said. “Had it not been for our university and the support we got from each and every teacher, we may not have been successful in creating this unique product.”

Both have completed their engineering from city-based Centurion University. While Prem hails from Jamshedpur, Ahmad comes from Ranchi.

The product was selected in the start-up Odisha initiative, following which they got an incubation at the Centre for Innovators and Entrepreneurs under Centurion University to work on the venture.

What makes their story more interesting is that in the quest to scale up production, they ended up designing a cost-effective paper-pen producing machine, a technology new to India. “It can produce 150-200 pens per hour. Both these products are patented in our names now”, Prem said.

“Right from the days we made a prototype of the pen, we have received admiration and encouragement from our campus as well as outside. In Germany and in Australia too, our pens have received good reviews”.

Various studies have suggested that environment-friendly pen has a wider market in several European countries, in the US and East Asian countries, particularly in Japan.

Prem and Ahmed propose to reach out to a group in Kerala that is preparing biodegradable pens and offer them a platform through their start-up.