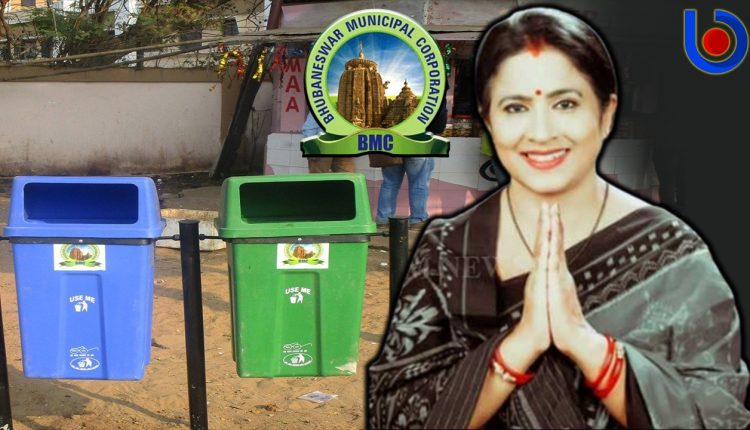 Bhubaneswar: Amid the Bhubaneswar Municipal Corporation’s (BMC) drive against the violation of sanitation guidelines, Mayor Sulochana Das has launched an initiative for a joint effort to turn Odisha’s capital into the cleanest city in India.

Stating that BMC cannot alone achieve the goal of a cleaner environment, she said that participation of Bhubaneswar denizens would be key in the segregation of waste in two separate dustbins. The BMC is also working on providing alternatives to single-use plastic, she added.

Several ‘Mo Ward’ meetings have also been conducted to make the residents of every ward aware of the importance and benefits of waste segregation.

“The first step to keep the city clean is to ensure door-to-door garbage collection for which dustbins have been removed from street corners in many areas. The second step is waste segregation so that the rule of ‘reduce, reuse, and recycle’ of waste management can be followed,” she told TOI.

The BMC collected Rs 65,000 fine from vendors and traders from different markets on October 11 and October 12 for sanitation guidelines violation and Rs 39,000 as a penalty for not using two dustbins to segregate dry and wet waste, scattering and garbage dumping on road.

It is pertinent to mention here that BMC had cautioned residential houses, commercial establishments, vendors, and shopkeepers to keep two dustbins or else cough up Rs 5,000 as a fine. It also warned that handing over waste without segregation will attract a fine of Rs 500.

Dhamnagar Bypoll In Odisha: Rajendra Das Ready To Sail His ‘Boat’ After Whipping Up A Storm

Man Found Hanging From Tree Near Mayfair Chhak In Bhubaneswar