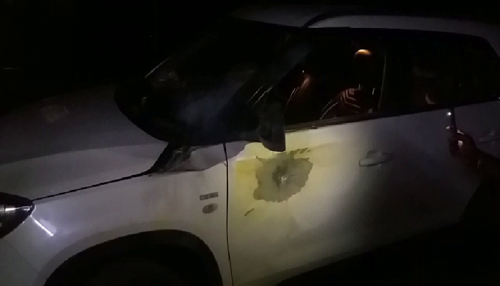 Jajpur: RTI activist Sarbeswar Behuria sustained injuries after bombs were hurled at his car by unidentified miscreants on Dharmasala-Kabata-Bandha road in Imam Nagar within Dharmasala police limits on Saturday night.

The incident took place around 10 pm when Behuria was on his way home after attending a spritual programme along with aide Sushant Bherea.

Behuria and his aide were rushed to a local hospital for treatment while police visited the spot and started an investigation into the matter.

Six Held For Trying To Sell Snake Venom Worth Rs 1.3 Crore In Bhubaneswar